Better late than never. My response to, “I am Not a Feminist, and That is Okay.” 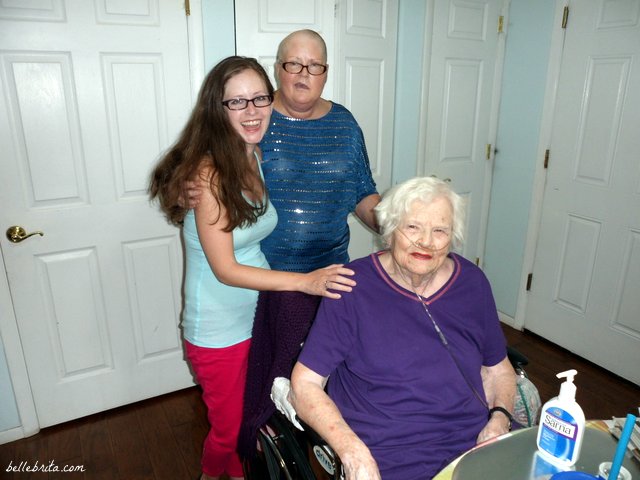 But you actually don’t know what you’re talking about. You claim to know what feminists are saying. You claim that you just disagree with us.

You’re half-right. You do disagree with feminists, but not for the reasons you think.

First of all, assuming that we’re definitely in the fourth wave of feminism (there’s not really a consensus), it’s carried over at least one main characteristic of third-wave feminism: individuality. That is to say, both third-wave and fourth-wave feminism value individual feminists deciding for themselves which feminist causes to pursue. You can work on LGBTQ+ rights, intersectional issues, equality in the workplace, reproductive rights–any feminist issue that speaks to you.

But why do you disagree with fourth-wave feminism?

To that last sentence that I bolded for emphasis?

Feminists do support women having the choice to be stay-at-home-mothers. There’s an entire website called The Stay at Home Feminist.

My mother was both a SAHM and a feminist.

Feminists are also realistic of the risks women face by opting out of the workforce and being financially dependent upon a spouse. Like only getting temporary, partial alimony when your spouse divorces you after you sacrificed your career.

It’s okay for a woman not to have any kids. It’s okay for two spouses to split parenting duties in the best way that works for them.

It’s not okay not to give women choices about marriage, about children, about division of household labor.

It’s okay if you want your boyfriend to ask your father for his blessing before he proposes. It’s equally okay to tell him that if he does that, you’ll say no when he proposes. (True story–I told Dan that if he asked for my dad’s permission to marry me, I would say no).

Yes, you can change your name when you get married. The vast majority of American women already do that, and I can GUARANTEE that I get way more shit from them about keeping my name than they get shit for changing their names.

Basically, you are arguing against a straw feminist. I’m sure you can find feminists who will spout off the same nonsense as you, but most of us agree with everything I just wrote.

That said, your next paragraphs are actually why you’re not a feminist.

And women are not lower than men. I will agree with feminists on that. I believe that God loves me equally to how he loves the man that I will marry. But I do believe that the man is the head of the household. The man is to be the provider, protector, and leader of his family.

It’s cool for you to choose to submit to your husband. It’s also cool to decide that your husband is the head of the household. But those are choices for you to make with your spouse. They are not universal truths for all people to follow.

First of all, not everyone is a Christian. (My husband is not a Christian, and that is okay). Second of all, as a Christian feminist, I disagree with everything you just said, except that women are not lower than men.

I have an egalitarian marriage. I believe in mutual submission.

That is a lot of pressure. And I don’t understand why feminists want to take it on. Why would you want that? God did make women as fragile beings. But He also made us as strong beings. As capable beings. And while you are in your period of singleness, it is okay to be independent. But when you get married, you don’t have to be. And that is thought of as a bad thing, when really, it is a gift. It is a weight lifted to have a husband you can lean on.

You’re right. Forcing one person, regardless of the talents that God actually gave him, to be “the provider, protector, and leader of his family,” is a lot of pressure. That’s why sharing those responsibilities is such a great alternative.

Maybe not all women want that responsibility. Some are single mothers and have no choice. Others might choose to let their spouse be the head of the household.

But some women relish that role. Some women thrive as the head of the household. Preventing them from using their God-given talents in order to fulfill antiquated gender roles is absolutely anti-feminist.

I’m a feminist, and I love leaning on my husband. But he also leans on me. We support each other. Sometimes I need more support. Sometimes he leans more on me. That’s our partnership. That’s our egalitarian marriage.

So you’re right about one thing. You’re not a feminist. 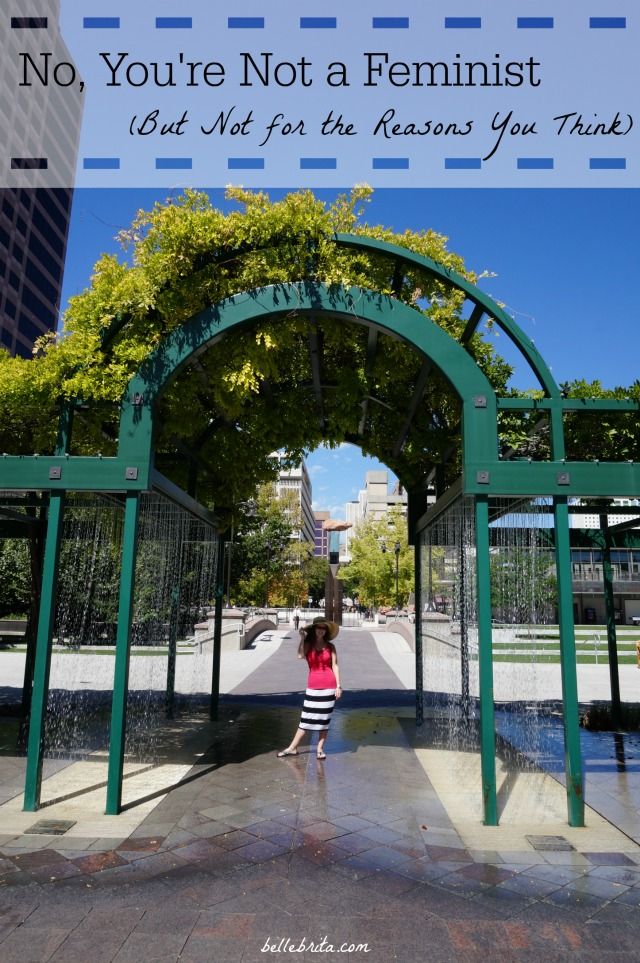 But instead, you wrote against a fourth-wave feminism that doesn’t exist to prove what’s wrong with feminism. And then you laid out rigid gender roles for heterosexual cisgender men and women to follow, as though there’s only one right way to live.

No matter what you call yourself, that’s not okay.

If this response resonated with you, please use the share buttons below!

May the 4th be with you... Yes, I'm a Star Wars nerd and proud of it. Note: I wrote this post … END_OF_DOCUMENT_TOKEN_TO_BE_REPLACED

I just want to blog about nothing and everything right now, so... Whatever Wednesday! Please enjoy … END_OF_DOCUMENT_TOKEN_TO_BE_REPLACED

Y'all. It's been a minute. Or roughly 6 months. I've taken blogging breaks before. I even … END_OF_DOCUMENT_TOKEN_TO_BE_REPLACED