It has been a hectic month, to say the least. Somehow March has gone by both slowly and quickly at the same time.

After all the work I put into this year’s #LoveBlog, I did enjoy the chance to take a step back from blogging in March. I even posted less to Instagram this month! Not every month is perfectly balanced between everything I love, but I do try to maintain balance overall in a quarter.

Musing time is over! Or rather, musings will change from my blogging life to my spiritual life. This month’s theme for Getting to Know You is Religion. Enjoy! 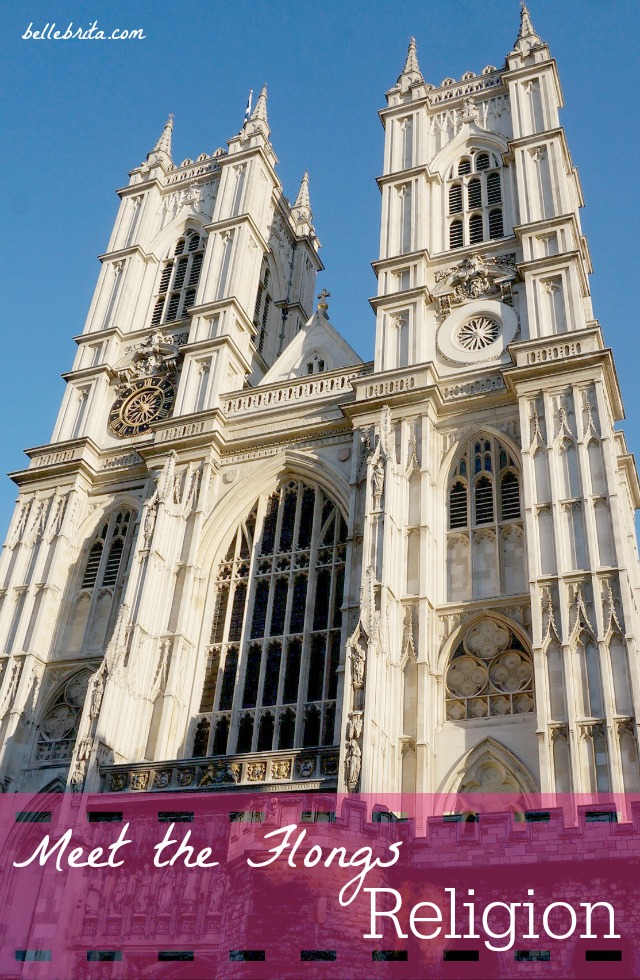 What part, if any, did religion play in your childhood/upbringing?

Dan: Boy, I hope my grandmother’s not going to read this.

I don’t remember my baptism, but I remember my first Communion, and being confirmed under the wrong name.

Brita: My family didn’t attend church regularly until we moved from southern California to Greenwood, South Carolina. However, even when I was little and we lived in California, my parents still talked to me in simple terms about God and Jesus.

Once we moved to my dad’s hometown of Greenwood, my family started attending his childhood church regularly. This meant Sunday School and “big church” on Sundays and WEEBs (Wednesday Evening Exciting Bonus) and dinner on Wednesdays.

In fact, one of my first religious memories after we moved to Greenwood was learning the Lord’s Prayer. My parents, two brothers, and I still lived at my grandmother’s house while my parents found our house. Each night before bed, my parents taught my twin brother and me part of the Lord’s Prayer.

Do you still identify with your family’s (lack of) religion? Why or why not?

Dan: No, I identify as atheist. See: 12 years of Catholic school.

I love my Catholic school; they did an excellent job of educating me. But all the education didn’t do a good job of giving me faith.

Brita: Yes and no. I still identify as Christian, specifically Protestant. I still take comfort in the traditions of the Presbyterian denomination. But I do not identify at all with the Associate Reformed Presbyterian Church, primarily for two reasons.

One, I believe in the ordination of women (and I wrote a lengthy research paper on the subject, analyzing the historical and biblical evidence for women’s ordination).

In your opinion, what role, if any, should religion play in the government?

Dan: “If any” are the key words there. And the answer is none. The Founding Fathers gave us freedom OF religion, but that’s really freedom FROM religion. Religious organizations should not be treated any differently than any other nonprofit.

Brita: Um, none? To quote the First Amendment:

Congress shall make no law respecting an establishment of religion, or prohibiting the free exercise thereof.

My faith is very important to me, but my elected officials shouldn’t force their religious beliefs on their constituents.

What has been your best experience with your (lack of) religion? The worst?

Dan: The best thing that’s happened to me, being non-religious, was meeting the man who made me an atheist: Penn Jillette. We didn’t discuss religion in the approximately 20 seconds that we talked, but I think it’s the atheist equivalent of meeting the pope. (Boy, I hope Penn Jillette reads this).

The hardest part was knowing my mother-in-law wanted my prayers, and not believing in anyone to pray to. I prayed to nobody regardless, because I believe in the placebo effect. And that’s the only thing you can do in a powerless situation.

Brita: Even though I don’t totally know how the afterlife works, I do believe that I will be reunited with my mother one day. I can thank my Christian faith for this.

My worst experience is just the ongoing hateful judgment from people who call themselves Christians while telling me I’m going to hell for: 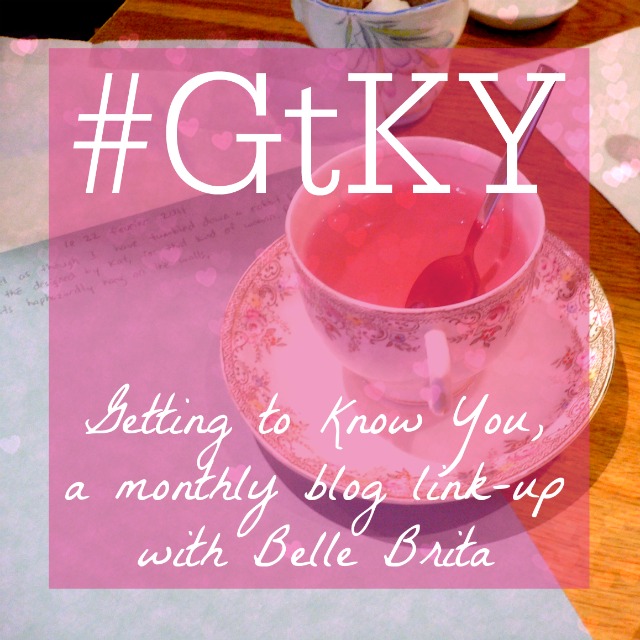 For Getting to Know You, April’s theme will be Recreation.

Next month’s link-up will be April 25, the last Tuesday of the month.

It would be super-awesome if you wanted to grab the code below and use my spiffy graphic to link back to this blog link-up. But I strongly oppose mandatory rules in blog link-ups, so it’s cool if you don’t even mention me at all. 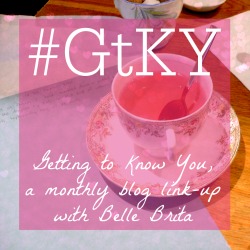 How has religion affected your life, for better or for worse? 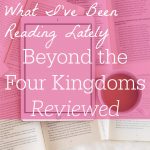 May the 4th be with you... Yes, I'm a Star Wars nerd and proud of it. Note: I wrote this post … END_OF_DOCUMENT_TOKEN_TO_BE_REPLACED

I just want to blog about nothing and everything right now, so... Whatever Wednesday! Please enjoy … END_OF_DOCUMENT_TOKEN_TO_BE_REPLACED