Welcome to the fourth day of the 2018 Love Blog Challenge! Today’s prompt is Friendship. Check out the announcement post for all the prompts and rules this month. You can still join the link-up for yesterday’s topic, Guilty Pleasures.

This is my third year hosting the Love Blog Challenge. When I create the prompts each year, I share both a simple prompt, like Guilty Pleasures or Friendship, as well as a few questions to inspire bloggers. Submitted blog posts must follow the main prompt, but answering the questions is optional.

This is my third year hosting this, and I’ve never actually written a blog post answering the prompt’s questions. I want to change that, starting today.

Who was your first best friend?

I met Gabrielle in kindergarten. I don’t remember how she became my best friend, but she did. We were in the same kindergarten and first grade classes, but then my family moved from California to South Carolina.

Gabrielle and I didn’t see each other again for seven years.

This was before social media. Before email. This was back when most families didn’t even have a computer at home, let alone the Internet.

But Gabrielle and I stayed best friends by writing letters and occasionally calling each other on the phone. Long-distance calls were also expensive back then.

Our best friendship faded over the years. When we both went off to college, we suddenly had multiple long-distance best friendships to maintain instead of just our own. We might have dropped the best label, but our friendship continued on. 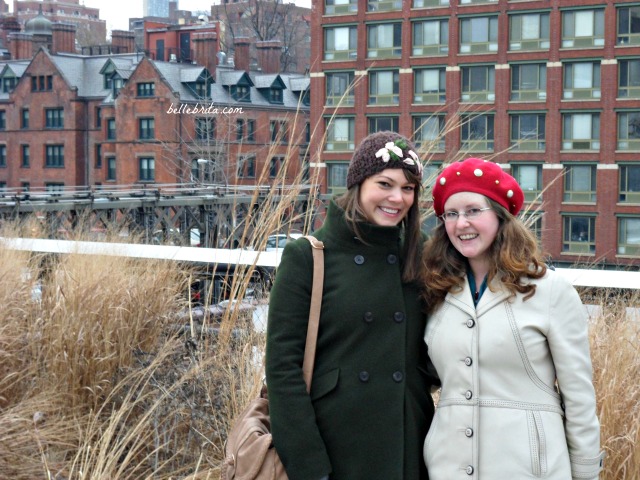 Meeting up in our 20s was so easy and natural, like we saw each other all the time.

We’re both 30 now, and 31 looms closer. Our birthdays are in June, just two weeks apart. I don’t know when I’ll see Gabrielle again, but I know she’ll be a lifelong friend. Time and distance don’t matter when your friendship is meant to be.

Do you have just one best friend or many?

I have many best friends!

Aimee and I had been friends since the second or third grade, but in high school we became best friends. We were co-editors of the yearbook and spent hours together, which could have been awful if we didn’t like each other so much! I don’t get to see Aimee very often, but when we do, it’s like no time has passed at all.

Kimi and I became friends our freshman year, and she introduced me to her best friend Madison our sophomore year. I was dealing with a challenging transition in my life at this time as my middle school best friends faded from my life (and as I broke up with my remaining best friend). Kimi and Madison were patient with me junior year as we spent all of our time together, and I still didn’t call them my best friends. I was still hurting over my lost friendships and afraid to have new ones. Eventually I realized Kimi and Madison were absolutely my besties. The three of us don’t see each other often, but our best friendship is still going strong. Kimi and I were bridesmaids in Madison’s wedding a few years ago! I’m hoping we can manage a girls’ weekend this summer at the beach. The three of us need some time together without any dudes.

Matt has been one of my best guy friends since high school. We’ve been friends since middle school, but I didn’t refer to any guys as my best friends in middle school. Because boys were either cute or gross (and sometimes both), and all of us were awkward. Matt always challenges me intellectually. We’ve had so many long conversations about life and art and religion and philosophy and anything and everything. Usually over a few drinks, because that’s when the best conversations happen.

Noah is my best guy friend and my step-cousin. He’s in the high school section because we were in high school when we became best friends, but he’s actually from Seattle. We met one summer when my mom and I were in Denver for her high school reunion. Noah was staying with his dad (my uncle) and his stepmother (my aunt and my mom’s younger sister). He was charming and sarcastic and intelligent, so obviously we got along great. Thus started many email exchanges and AIM chats that lasted for hours. We reunited four years later at his brother’s bar mitzvah, and then again for my wedding reception. The next Noah-Brita reunion is happening in April in Tokyo! So get excited blogging fans!

Russell and I met in high school, but we were more like friendly acquaintances then. We had several friends in common, but we didn’t share any classes or spend much time together outside of school. I always thought he was a good guy, but I didn’t know him well. (Which is even more funny when you realize his mom taught me twice in middle school… which Russell and I also attended together). Then Russell went to Furman a year before I did. When he found out I was going to Furman, he was so kind and welcoming to me. He gave me tips on professors for gen ed classes, and he answered all my questions about the sororities on campus. After I joined Kappa, I started going to Pi Kapp parties, which was his fraternity. Russell quickly became one of my best guy friends, and he still is. He was my debutante escort when I debuted, and my date for two more balls. Now we get together over Thanksgiving or Christmas if we manage to coordinate our visits home at the same time. I think we’re finally on the same holiday-alternating schedule, so hopefully I’ll continue to see him once a year!

Related: My Best Friend Makes Me a Better Person #ILooktoHer

Around the same time, Bethany and I both joined Kappa, and then we both ended up at a Pi Kapp party. We spent the whole night dancing. And then we became best friends. I still see Rachel several times per year since she lives in South Carolina. Bethany and I will reunite in March when Dan and I drive down to Florida!

McPhee and I met halfway through my junior year in history class. We became fast friends (and I definitely crushed on him for longer than I care to admit). We often went to Jack-in-the-Box after the library closed and shared terrible fried food. If McPhee was having a bad day, he would call me, and I would start boiling water. Inevitably he would show up at my apartment door to talk to Rachel and me, and we would all sit down with baked goods and hot tea. When I moved to France, McPhee was one of the few people who talked with me regularly, even with the time distance. And then he visited me in France for two weeks! It’s funny to see how much our life paths have crossed, with both of us living in Ohio for a few years, and with McPhee now in Denver, where my extended family lives.

Sally and I studied abroad together in Versailles, but it was the summer before our senior year when we really bonded. We share a love for Disney, Harry Potter, France, writing, and hot tea. We both worked in France our first year out of school, commiserating through the challenges that most people didn’t see. Last summer we walked all over Atlanta together, talking nonstop for hours, and I remembered why I love her so much.

When I worked in France as an au pair, I became best friends with three other au pairs: Amelia, Jessica, and Chantal. We even have matching tattoos! The four of us are scattered all over the world now, but our tattoos bind our friendship for always.

The summer that Dan and I met is also the summer I met Libbi. We were roommates and co-interns for a summer at Kappa Kappa Gamma Headquarters in Columbus, Ohio. It’s weird to realize she’s one of the most recent additions to my bestie list because I feel like I’ve known her forever. I couldn’t have gotten through the last few years without Libbi.

Related: A Toast to Libbi and Henry

Libbi also met her husband that summer, and he’s another one of my best guy friends! Henry was a friend of a friend who came to our apartment for dinner one night. And the rest, as they say, is history! What I love about Henry and Libbi is that I can talk to either of them, alone, for hours. Henry has never been “just Libbi’s husband.” He’s always been one of my best friends too. Plus, Dan and I get along great with both of them! Which is handy since we stay with them pretty much every time we’re in Ohio…

I also met Angela that summer, but the best friendship didn’t commence until we lived together. We’re both feminist nerds (nerdy feminists?) with big hair and big hearts. She also gets along great with Dan, which makes her one of our favorite house guests.

How do you maintain long-distance friendships?

I blog about them and then send them this link. Also social media. And as much friend-time as possible when traveling.

How do you make new friends?

Apparently I don’t since I haven’t made a new best friend since 2012. Although I do have some new really good friends who are at that “will we or won’t we?” friendship stage of maybe becoming best friends.

To be honest I already struggle to see existing friends and family. I don’t even know where to start to make new friends, especially locally. Do my Instagram friends count? And blogging friends? Because I have lots of those, and they are great.

Have you ever dated a friend?

Dated, no. Made out with, yes. I would have done more of both given the chance, but honestly, I like my kissing and dating history the way they are. It’s nice marrying your first boyfriend. And Dan doesn’t have to be jealous of any of the men on this list because I neither kissed nor dated any of them! 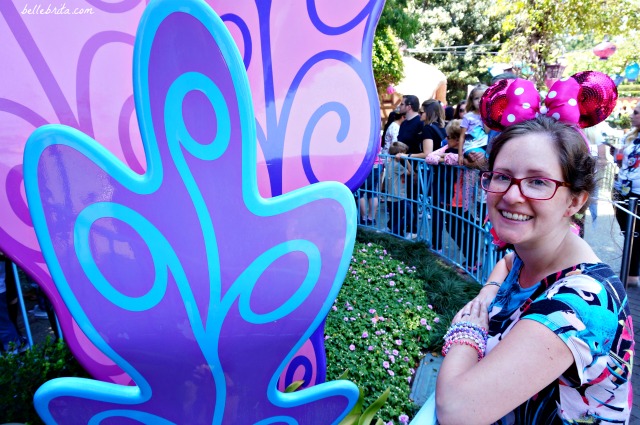 Brita Long is the pink and sparkly personality behind the Christian feminist lifestyle blog, Belle Brita. While her first love will always be Paris, she lives happily with her husband Daniel Fleck in the Atlanta area. 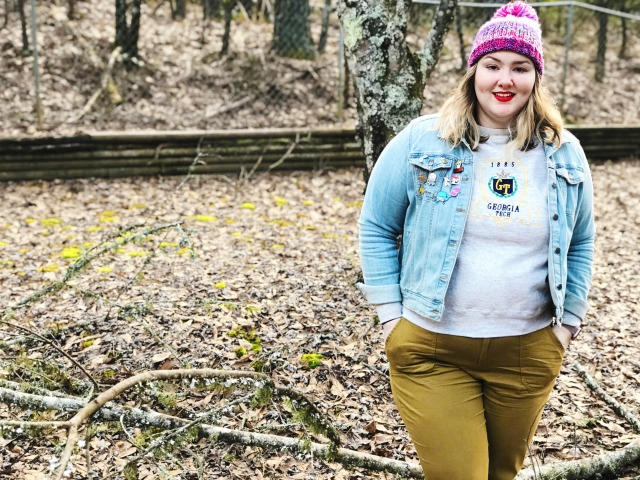 Kayla Whitter is a 20-something INFJ and Hufflepuff. She works full-time at a local university, goes to graduate school, and runs the lifestyle blog A Paper Arrow. Her favorite things include reading, drinking coffee, eating Chick-fil-A and Mexican food, and hanging out with her hubby and cat (Courage). 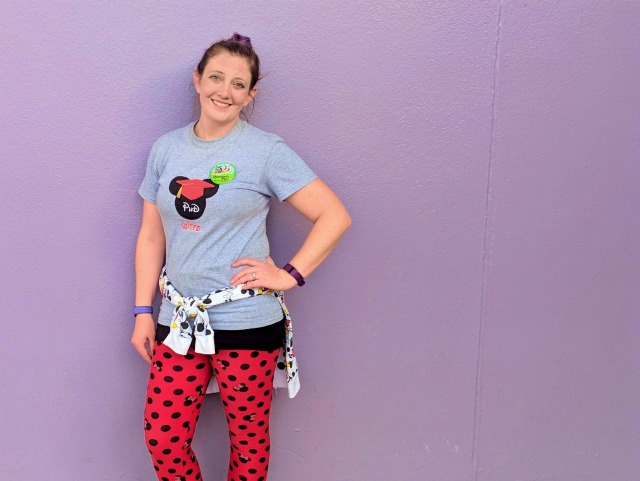 Tell me about your best friends!

It's the last month of the No Buy Style Challenge! This has been a fun fashion blogging … END_OF_DOCUMENT_TOKEN_TO_BE_REPLACED

Like I mentioned last week, I've been reading a lot of fairy tale retellings lately. This is one of … END_OF_DOCUMENT_TOKEN_TO_BE_REPLACED