This is an updated and revised essay that I wrote in 2013 and shared with a few friends. Belle Brita did not exist then, so I’m posting it here today.

Two years ago, a blog post titled, “Marriage Isn’t For You” went viral. In it, a smug newlywed tells everyone exactly how to have a successful marriage with some vague platitudes about selflessness. (And now this drivel is a book. Go figure).

I didn’t plan on reading it, but I couldn’t ignore all my friends and family members who kept sharing it. Eventually, I gave in and read it.

On the surface, I liked it. Marriage shouldn’t be selfish. I can dig that.

But something held me back from sharing it. Something about the post just felt off to me. 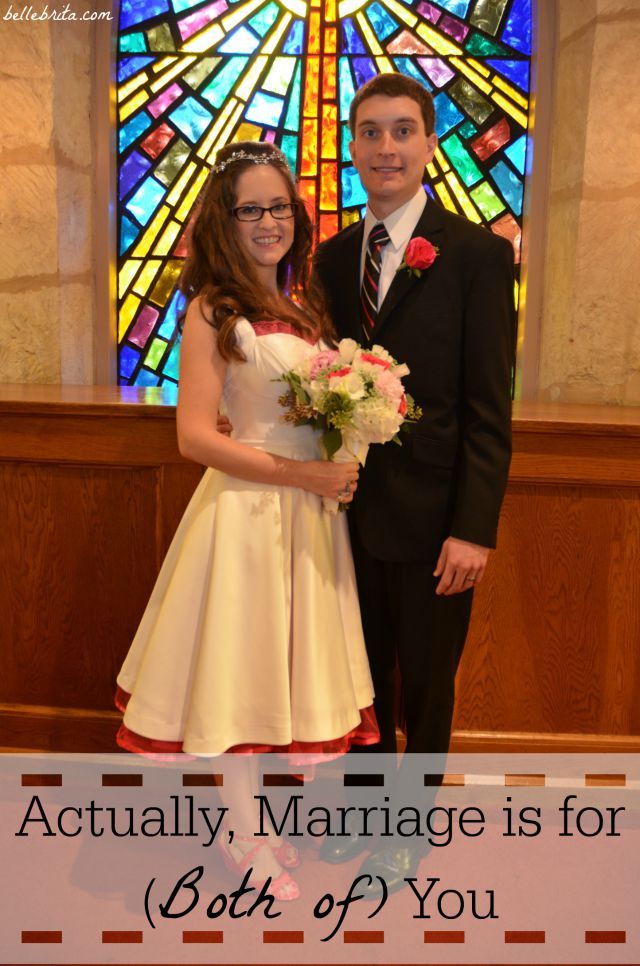 Only by reading two criticisms was I able to pinpoint why Seth’s post troubled me.

Telling someone that “a true marriage (and true love) is never about you. It’s about the person you love—their wants, their needs, their hopes, and their dreams. Selfishness demands, ‘What’s in it for me?’, while Love asks, ‘What can I give?’” is a form of gaslighting; it reinforces the idea that even if they’re suffering, well, happiness isn’t the point of being married, is it, and you don’t want to succumb to the “Walmart philosophy,” do you?

Unfortunately, the blog Her Journey of Hope no longer exists. Luckily I saved this quotation from the blogger’s response, “On Christians’ Fear of Happiness.”

It may sound great initially to talk about putting others first, because it is good to care about others and reach out and give of ourselves. Relationships require a mutual giving and taking and it can be really beautiful.

The dark side is that this so-called selfishness is that it is usually not “selfish” at all. It’s usually self-care, being happy, doing things you like just because it’s fun. True selfishness, as my friend pointed out, is a lack of caring about others, and to best care about others, we have to take care of ourselves.

The post is written by a man, about advice from his father, on why he should get married. Seeing the advice in a different context, from a male point-of-view, is why I struggled to notice these two specific problems.

At one point in my past, I had to cut myself off from an abusive platonic relationship. There were definitely people who thought I was selfish for removing this person from my life, but I was protecting myself. Protecting yourself against abuse, whether it’s physical, emotional, psychological, or other, is never selfish.

If marriage were primarily about future children, Dan wouldn’t be with me. I have Crohn’s Disease. His mother has Ulcerative Colitis. Any future child of ours is at high risk to develop Crohn’s or Colitis. If children were Dan’s biggest concern in marriage, he would have chosen someone younger and healthier.

But neither of us is that selfless. Yes, we both routinely put the other person’s needs first. Yes, I shouldered more responsibility while Dan was unemployed, and he took care of me first while my Crohn’s was bad and then when my mom died. 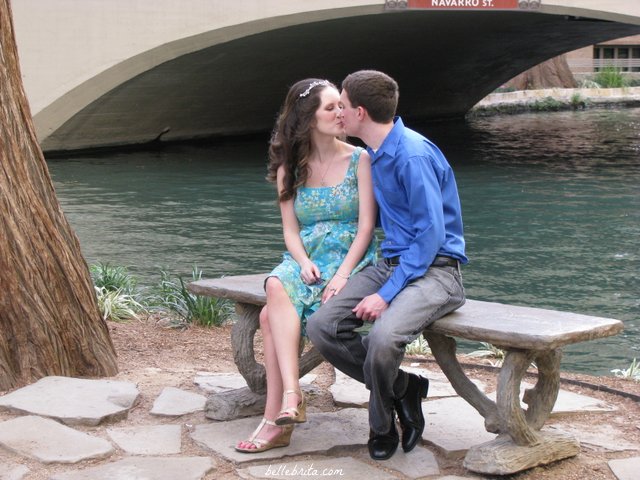 I also want to share Dan’s thoughts on this topic. I asked him to read the article so we could discuss it together. He summed it up perfectly.

“Love is about someone else. But marriage is a mutual commitment between two people.”

Love is about someone else. But marriage is a mutual commitment between two people.
Click To Tweet

I couldn’t have put it better myself!

How can you be selfless in a relationship while still practicing self-care? I’d love to hear your thoughts!

On the morning of December 2, 2021, Dan and I arrived at Northside Hospital around 5:20am. The … END_OF_DOCUMENT_TOKEN_TO_BE_REPLACED

I was diagnosed with Crohn's Disease more than 25 years ago, at just 8 years old. While my parents … END_OF_DOCUMENT_TOKEN_TO_BE_REPLACED

I felt like another brain dump, so here's my second installment of Whatever Wednesday. Note: post … END_OF_DOCUMENT_TOKEN_TO_BE_REPLACED