A Slightly Biased Guide on How to Vote in the 2016 Presidential Election might be a more accurate description. But I at least tried to be unbiased, so I went with the catchy title!

The 2016 presidential election has already been unlike any other, and we’re still stuck with a few more months of campaigning.

At least I don’t live in Ohio anymore!

Understandably, a lot of Americans feel genuinely conflicted about how to vote in the general election in November. Quite a few voters claimed to be #NeverTrump and #NeverHillary during the presidential primaries… And now they can eat their words, vote third-party, or just not vote this November.

Related: I’m a Feminist, and I’m Not Voting for Hillary Clinton 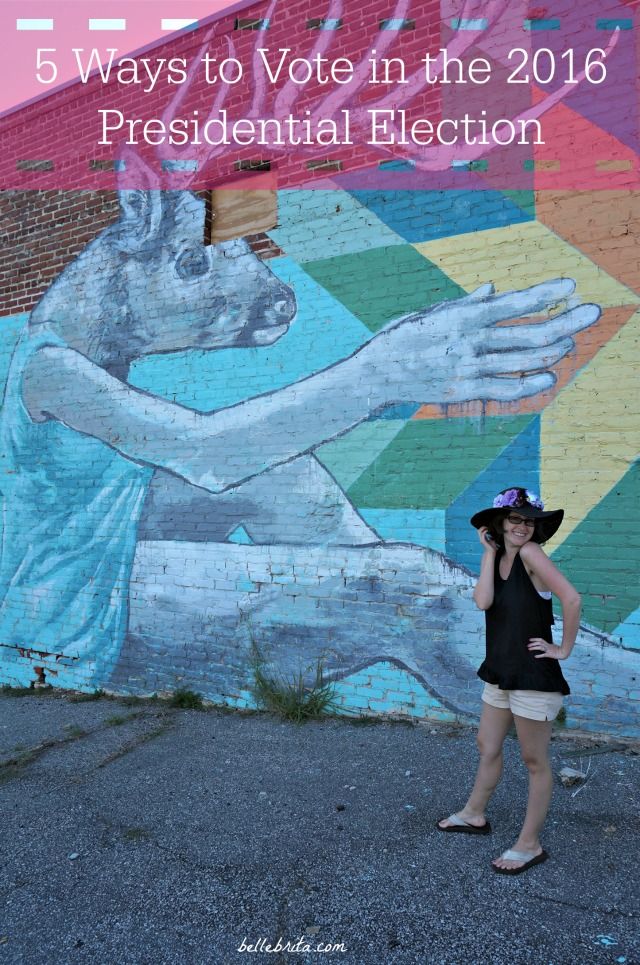 I’m not pretending to be an objective writer coming at you with hard-hitting journalism here. I’m a libertarian. In the 2016 presidential election, I plan on voting for Gary Johnson. I also voted for Gary Johnson back in 2012.

But for many Americans, their vote this November is less clear. This is my attempt to explain potential voting strategies based on your political priorities. I will do my very best to keep my contempt for Trump to a bare minimum.

Related: I’m a Christian, and I’m not Voting for Donald Trump

Vote for the major-party candidate you actually support

I don’t really understand why so many Hillary supporters get really defensive about their decision to vote for her. Dan and I both regularly post to Facebook about voting for Gary Johnson. This includes memes about “not voting for the lesser of two evils.” Inevitably, at least one Hillary voter will jump in and explain why s/he is voting for Hillary. And it’s never actually because s/he has really struggled to make this decision between the “lesser of two evils.” It’s always someone who voted for Hillary in the primary too.

If you genuinely support Donald Trump or Hillary Clinton, vote for that person in the general election. Even if you live in a really red state or really blue state, still vote for your preferred candidate. Do your part to elect your candidate.

What is less simple is if you genuinely support Gary Johnson or Jill Stein, AND strongly oppose Donald Trump and/or Hillary Clinton.

Vote for the third-party candidate you actually support if…

Vote for the lesser of two evils if…

What are the swing states for the 2016 election?

Every political certainly has been thrown out the window this election cycle. That includes the list of swing states.

What are swing states? What are red and blue states? According to Politico:

However, the website 270 to Win adds Arizona and Georgia to the list, along with the split-electoral vote states Nebraska and Maine. (All other 48 states have a “winner-takes-all” approach to the electoral votes).

For more historical voting data, check out 270 to Win’s look at past presidential elections. 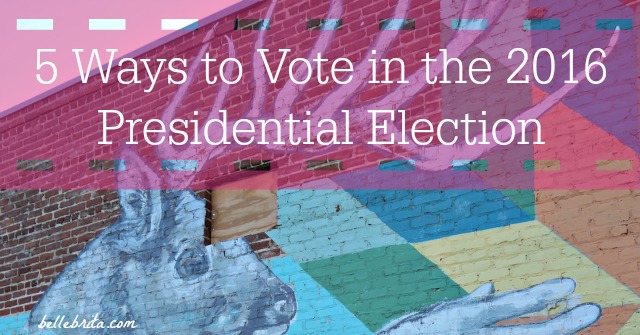 Vote for a write-in candidate

I don’t really advocate this voting strategy, but I’m including it anyway.

A “write-in candidate” is one whose name does not appear on a ballot. You basically choose the option “Write-In Candidate” and then literally write out the name of that person.

Can I vote for any write-in candidate?

I mean, sure. Technically, yes, unless you live in one of the nine states that does not allow write-in voting for presidential candidates. No one will stop you from voting for Mickey Mouse, or Bernie Sanders, or Brita Long.

But your vote won’t count either, unless you live in one of the seven states that does not require any advance paperwork for write-in candidates. Source: Ballotpedia

Are there any legitimate write-in candidates for the 2016 presidential election?

Edit 09/23/2016: My second cousin James gave me the name of Evan McMullin. He is running as an independent in 14 states. He is a registered write-in candidate in 12 states. Source I’ve also added a section to the end of this post addressing ballot access in general.

Don’t vote for president at all

You can be an involved part of the political process without voting for president.

You can show up to the polls in November and vote for all open seats and city/state issues without voting for president.

Honestly, how you vote locally will have a greater impact on your life and your community than how you vote for president. So if you really can’t vote in good conscience for any of the named candidates, don’t worry about it.

Gary Johnson, Hillary Clinton, and Donald Trump will be on the ballot in all 50 states plus Washington D.C.

Jill Stein will be on the ballot in 44 states plus Washington D.C. She is an eligible write-in candidate in Indiana, North Carolina, and Georgia. You will not be able to vote for her (and have your vote counted) in Nevada, Oklahoma, and South Dakota.

But I still have questions about voting in November…

I am trying my absolute hardest amidst a busy traveling schedule and nonstop health problems to churn out regular political posts. Stay tuned for details on voter registration and ID requirements, senators and governors up for (re)election, and any major state issues on the ballot.

What is your voting strategy for November? What questions do you have about the 2016 presidential election? Share your thoughts with me!

Y'all. It's been a minute. Or roughly 6 months. I've taken blogging breaks before. I even … END_OF_DOCUMENT_TOKEN_TO_BE_REPLACED

It's the last month of the No Buy Style Challenge! This has been a fun fashion blogging … END_OF_DOCUMENT_TOKEN_TO_BE_REPLACED