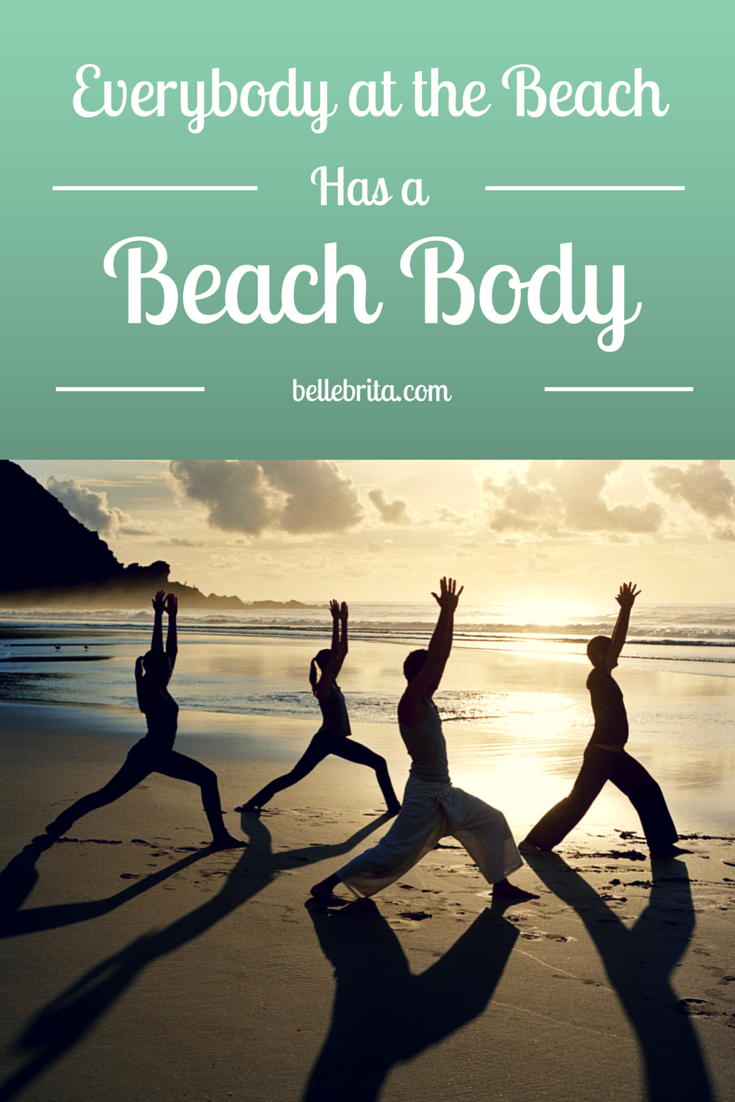 Before Dan and I were engaged, when I still lived in Columbus and worked two jobs, we spent a few hours on Labor Day at Zoombezi Bay water park. Labor Day was the last day of the season, and we were far from the only ones trying to enjoy the water park before it closed.

That afternoon was the first time I really noticed, and really appreciated, the diversity of bodies in swimsuits. The park included men, women, and children of all ages, sizes, and races jumping in the wave pool, going down the water slides, and enjoying the lazy river.

The swimsuits were just as diverse as the body types. Bikinis were not only for skinny women. Only a few older women were wearing the stereotypical skirted one-pieces! Plenty of men and women wore shorts and t-shirts or rash guards. Every body type was represented by every swimsuit type, with the exception of Speedos.

While the beach is far from crowded this week, I’ve still enjoyed seeing all the different people enjoying the beach. I especially love the middle-aged women casually rocking their bikinis!

I have nothing against working out. I think we should all strive to be healthy, whatever that looks like for each of us as individuals.

But tying healthiness to thinness to bikinis is unnecessary.

I love this post from a few years ago by The Lingerie Lesbian. In “Why the Concept of a ‘Bikini Body’ Infuriates Me,” the author says:

The idea of a ‘bikini-ready body’ is something I take immense issue with. I don’t care who you are or who you are talking about; the second you say, ‘bikini body’ or ‘bikini-ready body’ you are making the distinction betweens bodies which are supposed to wear bikinis and those that are not, whether referring to yourself or anyone else.

I have a beach body. It’s this one, the one I take to the beach, and it’s fat as all get-out, and I don’t give a crap if OK! shows up to photograph the backs of my thighs in all their rumply horror, because I AM AT THE DAMN BEACH and you can pry my good beach-going time from my cold dead hands.

Regardless of a woman’s age or body type, she has the right to exist in public at the beach. She can wear a bikini, or a tankini, or a rash guard, or whatever she feels comfortable wearing. A body at the beach is a beach body. Period. 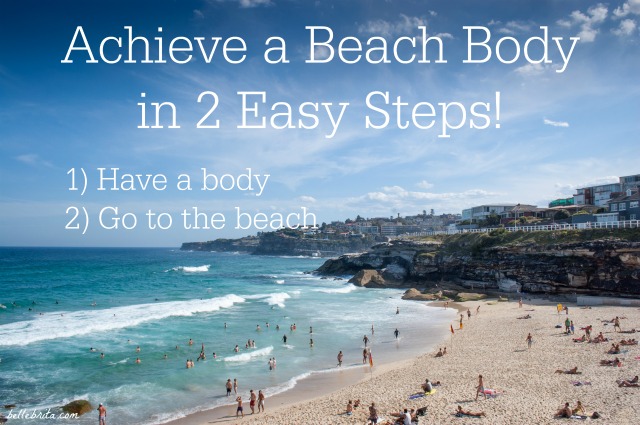 If that offends you, that’s your problem.

Fat women in bikinis are still stuck within Modesty Culture. They’re still stuck with the same patriarchal framework that tells women like me that I’m sinning by wearing a bikini. But their narrative is different.

I love Christian feminist blogger Abi who writes at Adipose Rex. This is what she has to say as a fat woman buying a bikini.

When a fat woman wears a bathing suit… She is still subject to the male gaze, of course, still judged by her attractiveness to men — only she is shamed for not being attractive enough. A fat woman is expected to cover up, not because men will feel lust towards her body, but because they will feel revulsion.

If women play by the rules of a patriarchal society, we can’t win.

So break the rules.

Wear whatever you want at the beach, for whatever reason you want.

Take your body to the beach and enjoy your beach body.

How do you feel about sexist marketing? Have you ever been shamed for your body? Share your thoughts in the comments!

Reading has always been my favorite hobby. Ever since the pandemic started in 2020, I've leaned into … END_OF_DOCUMENT_TOKEN_TO_BE_REPLACED

On March 10, 2022, I received an unexpected email from LinkedIn. Normally Gmail sorts these into … END_OF_DOCUMENT_TOKEN_TO_BE_REPLACED

You are so gorgeous. The words hit me quickly, quietly. Panic rose up in my throat even as I … END_OF_DOCUMENT_TOKEN_TO_BE_REPLACED