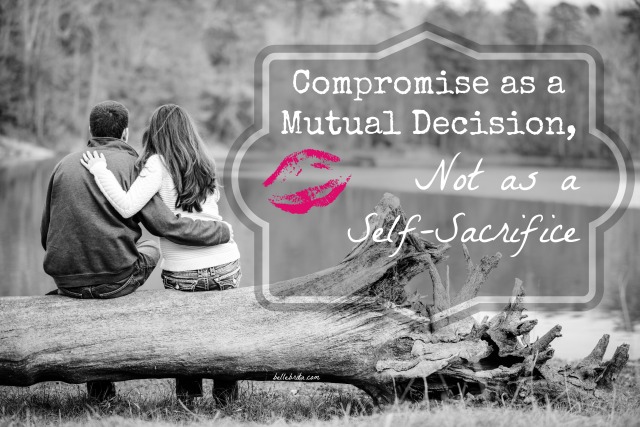 I’m basically never going to stop reminding people that my last name is, and always will be, Long.

I’m also never going to stop advocating for both men and women to have the freedom to make their own decisions regarding their names. This is not exclusive to name changes upon marriage, although that is when the conversation pops up most frequently. Nor is this exclusive to last names, particularly since transgender individuals often choose their own names as part of the transition process.

What I do not advocate, however, is the idea that it’s reasonable to require another person to change their name, especially when you yourself will not change your name.

That is not compromise.

Compromise is absolutely a critical part of healthy, happy relationships.

But compromise is a mutual decision between two or more people.

Compromise is NOT one person giving up everything while the other person gives up nothing.

Dan and I have compromised plenty in our relationship, both prior to marriage and within marriage. Below are just a few examples of the compromises we have made.

Compromises are not limited to romantic relationships either. If you’ve ever done a group project for school, then you’ve probably had to compromise. I know that with my past roommates, we came up with compromises for cleaning schedules, grocery-shopping, visitors, and more.

Compromises are expected in almost any relationship. Not every individual compromise is a perfect even split, but in a loving, healthy relationship, both/all people compromise in similar quantities overall.

You know what is not a compromise?

Forcing a sacrifice out of someone else, while offering nothing in exchange.

In fact, that sort of relationship is dysfunctional at best, and abusive at worst.

Note: some of the following has been crowd-sourced (marked CS), but my friends who helped me wanted to remain anonymous.

So why do we accept comparable situations, but between a husband and a wife, as compromises?

For the record, I’m not saying that a husband and wife both voluntarily choosing to take on traditional gender roles is wrong or abusive or even anti-feminist.

I’m saying that forcing your spouse into that traditional role, regardless of his or her feelings, is wrong, and a far cry from a healthy compromise.

Asking your spouse to make all career sacrifices, while you make none?

Expecting your spouse to have sex with you whenever you want, regardless of how your spouse feels at the moment?

Demanding your spouse be the sole breadwinner, even though you both have equal earning potential, and your spouse doesn’t want that pressure?

Guilting your spouse into taking your last name, when your spouse doesn’t want to, while you don’t change your name?

Unilaterally making all decisions about when and how to spend time together? (CS)

One person always apologizing, even for small and insignificant things? (CS)

Not letting your significant other spend time with friends of the opposite sex, because you have jealousy issues? (CS)

I have been so warped by the parading of these unequal scenarios as normal in marriage that even with all my feminist knowledge, I started to doubt my convictions. A few weeks ago, after I saw multiple people respond to my satire with supposed “compromises,” I had the following conversation with Dan.

Me: I would like your opinion on something. And before I ask, this is not a trick question. I want you to answer honestly–don’t say what you think I want you to say.

Me: If it had been important to you for us to share a last name, what different options would you have suggested?

Dan: I probably would have suggested a portmanteau first, like Flong or something else. If that didn’t work, a hyphenated name would be a good compromise.

Me: So those are the only two compromises you can think of? If I still had my feelings about keeping my last name, but you wanted us to share a name?

Me: So you don’t think it’s a compromise if I had taken your last name and made Long my middle name, with you keeping your name exactly the same?

Dan: What?! How is that a compromise?!

I married a winner, y’all!

That scenario–woman wants to keep her last name, man wants her to change her name, so the woman changes her name–was offered to me as a “compromise” by so many otherwise intelligent and compassionate people.

And of course, that one scenario prompted me to research others, leading to this blog post.

How to Evaluate Compromise 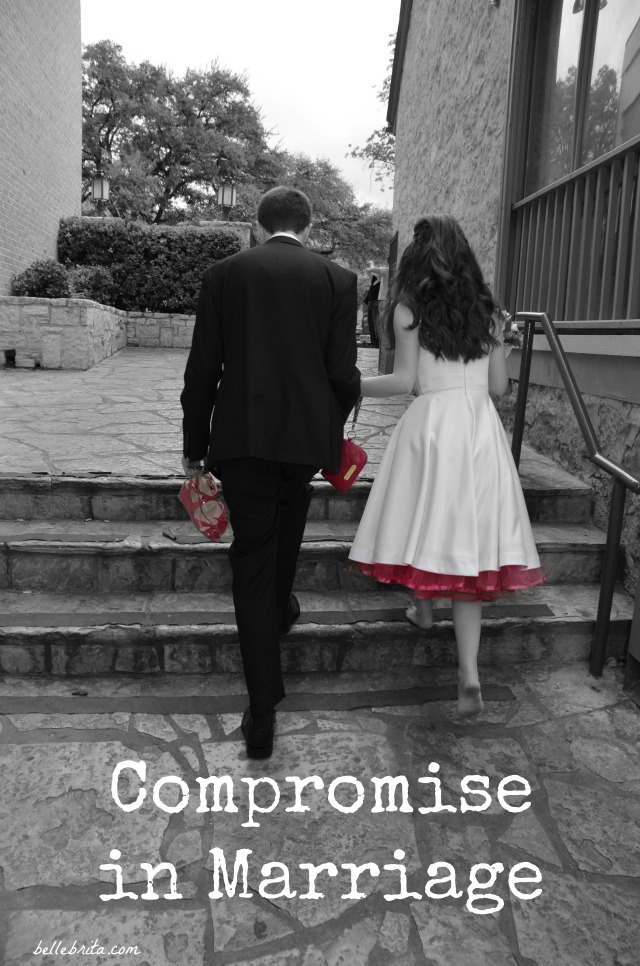 How do you know if your compromises are healthy or dysfunctional?

There’s not a perfect evaluation, but you can ask yourself a few questions.

How do I feel about the compromise? Happy, satisfied, complacent, respected? Or unhappy, resentful, stressed? You’re not going to love every compromise you make in a relationship, but you should feel at least okay about it.

Am I compromising what I want, or whom I am? Sometimes you need to compromise on what you want, but you should never compromise your integrity.

How does this compromise work with our goals as a couple? How does it match your personal goals? Your spouse’s personal goals? Compromise should move you two forward, whether that be in terms of career, family, personal growth, or something else.

How does this compromise compare to other past or recent compromises? If you’re always the one giving in, or giving up more, that’s a sign of an unequal relationship. If you both routinely come to a fair decision together, then giving in just once might be a necessary sacrifice on your behalf.

Now I want to hear from you! How does compromise work in your relationships (romantic, platonic, familial)? What advice would you give to young people learning how to compromise in their first romantic relationships?

You are so gorgeous. The words hit me quickly, quietly. Panic rose up in my throat even as I … END_OF_DOCUMENT_TOKEN_TO_BE_REPLACED

On the morning of December 2, 2021, Dan and I arrived at Northside Hospital around 5:20am. The … END_OF_DOCUMENT_TOKEN_TO_BE_REPLACED

I was diagnosed with Crohn's Disease more than 25 years ago, at just 8 years old. While my parents … END_OF_DOCUMENT_TOKEN_TO_BE_REPLACED