In the Long family, we tend to focus our energies and awareness-building on Crohn’s Disease, which I’ve had for more than 20 years, and on brain cancer, which both my twin brother and my mom have. But I also try to advocate for causes that don’t affect me directly, like childhood cancer.

Back in May, Dan was a groomsman in his best friend Lee’s wedding. Lee’s new wife, Ashleigh, is a survivor of childhood cancer. I only met Ashleigh for the first time in April, but she has quickly found a place in my heart. She recently alerted me to a disappointing controversy with the Empire State Building. 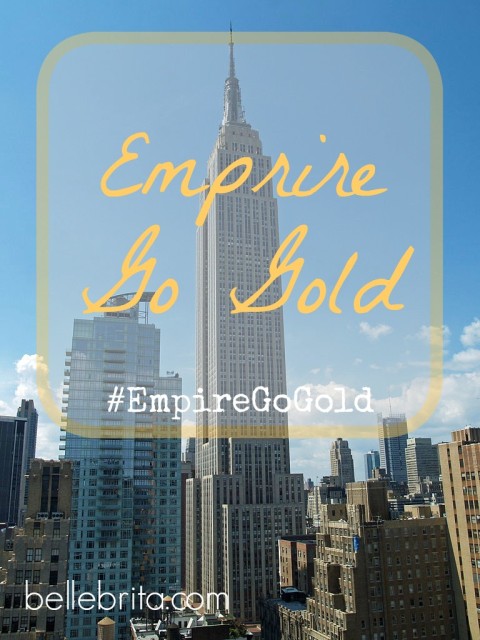 The Empire Statue Building lights up for various causes and recognitions through the year. I remember how excited I was when its bright lights for New York’s Pride Week went viral a few years ago.

But for some reason, whoever chooses the lights and the honors for the Empire State Building has decided not to recognize Childhood Cancer Awareness Month in September. And they haven’t exactly been forthcoming in their reasons for the denied request. Furthermore, on their Facebook page, the admins have greyed out, or deleted, or blocked advocates for childhood cancer awareness. While it’s their Facebook page, and they certainly have the right to do as they wish with it, are those the actions of compassionate Americans?

For screenshots of what’s happened on the Facebook page for the Empire State Building, see Ashleigh’s blog post on this subject. She also provides some great resources to learn more about childhood cancer.

There’s a petition to encourage the Empire State Building to light up in gold for childhood cancer awareness, but I don’t know how effective it will be. They made a statement on their Facebook wall that they only consider requests made through the formal process, not through petitions or social media campaigns. That said, advocates for childhood cancer awareness have already applied for recognition through the proper channels, but their request has been ignored.

Please join me in the social media campaign to encourage the Empire State Building to recognize Childhood Cancer Awareness Month. The hashtag is #EmpireGoGold. Just maybe, together, we can make a difference. Together, we can let the children fighting cancer know that we care.

It's the last month of the No Buy Style Challenge! This has been a fun fashion blogging … END_OF_DOCUMENT_TOKEN_TO_BE_REPLACED

Like I mentioned last week, I've been reading a lot of fairy tale retellings lately. This is one of … END_OF_DOCUMENT_TOKEN_TO_BE_REPLACED