The first time I ever attended Columbus Pride was in 2011, when I was an intern with my sorority, Kappa Kappa Gamma. My roommate/co-intern/best friend Libbi and I marched with a bunch of pro-LGBTQ+ churches! Last summer, Dan and I skipped the parade, but we explored the Pride Festival. This summer, I had a reason besides equality to attend Columbus Pride: George Takei was the parade’s grand marshal. Yes, THE George Takei from Star Trek.

Since Dan was at the track (again) the weekend of June 21st, I spent the entire weekend in Columbus, mostly with Libbi and Henry. Our friend Ericka invited us to a Pride breakfast hosted by her boyfriend Nihar. We feasted on fancy cheese, decadent pastries, rainbow cookies, and delicious mimosas in colorful champagne flutes.

My challenge for the day was to somehow see George Takei at the beginning of the parade and still be on time to volunteer at the festival at noon. As my friends and I watched the parade, I started to worry it wouldn’t happen. I had also volunteered my friend Angela. A few minutes before noon, we started walking down the sidewalk on High Street to get closer to our meeting spot to volunteer, with hopes of seeing George Takei. Construction obstructed the view of part of the sidewalk. Angela wisely noted that it would suck to be stuck in that section and miss George Takei… And of course we ended up stuck behind a parent and two small kids walking very slowly. As we emerged from the construction tunnel, whose float was passing by?

The moment might have been brief, and my pictures might be really bad, but I floated the rest of the day. It was SO exciting to see George Takei at Columbus Pride, even for just a few minutes.

Why Marriage Matters at the Columbus Pride Festival

Angela and I spent about two hours volunteering at the booth for Why Marriage Matters, a grassroots campaign to gather support for marriage equality in Ohio. The campaign is still in its early stages, so our primary objective was to collect pledges from those who support marriage equality (aka build a mailing list). This was a fairly easy goal at Columbus Pride since most people there support marriage equality. The best part of volunteering was the chance to meet so many same-sex couples and to hear their stories. We met couples who had been married (just not legally recognized as such in Ohio) for longer than 30 years! Meeting all of these couples who started their relationships in a more turbulent and oppressive time was so inspiring. These people have risked so much for love. It breaks my heart that the state of Ohio won’t recognize a same-sex couple who has been together longer than I’ve been alive, but they’ll recognize my marriage of just a few months.

I look forward to the day when any two consenting adults can be legally married in all 50 states. Until then, I will continue to advocate for marriage equality. 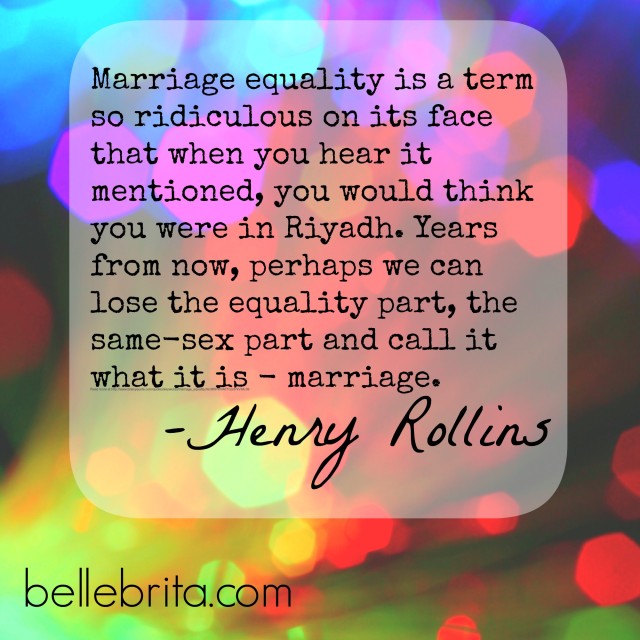 You are so gorgeous. The words hit me quickly, quietly. Panic rose up in my throat even as I … END_OF_DOCUMENT_TOKEN_TO_BE_REPLACED

On the morning of December 2, 2021, Dan and I arrived at Northside Hospital around 5:20am. The … END_OF_DOCUMENT_TOKEN_TO_BE_REPLACED

I was diagnosed with Crohn's Disease more than 25 years ago, at just 8 years old. While my parents … END_OF_DOCUMENT_TOKEN_TO_BE_REPLACED