Welcome to the eleventh day of the 2019 Love Blog Challenge! Today’s prompt is Forgiveness. Check out the announcement post for all the prompts and rules this month. You can still join the link-up for yesterday’s topic, Compromise.

In the grand scheme of things, my story is rather small. My crossed boundaries are hurtful, but not abusive. I don’t go out of my way to connect with the relatives who hurt me, but I also manage to tolerate being in the same room with them.

But my story illustrates a greater problem, specifically a problem within religious circles.

At best, my story illustrates the misuse and misunderstanding of forgiveness.

At worst, my story illustrates a willingness to prioritize abusers under the guise of forgiveness.

Without going into details, I once faced great pressure to “forgive” a relative who had repeatedly violated my boundaries. But while my family used the word “forgive,” that’s not what they meant. 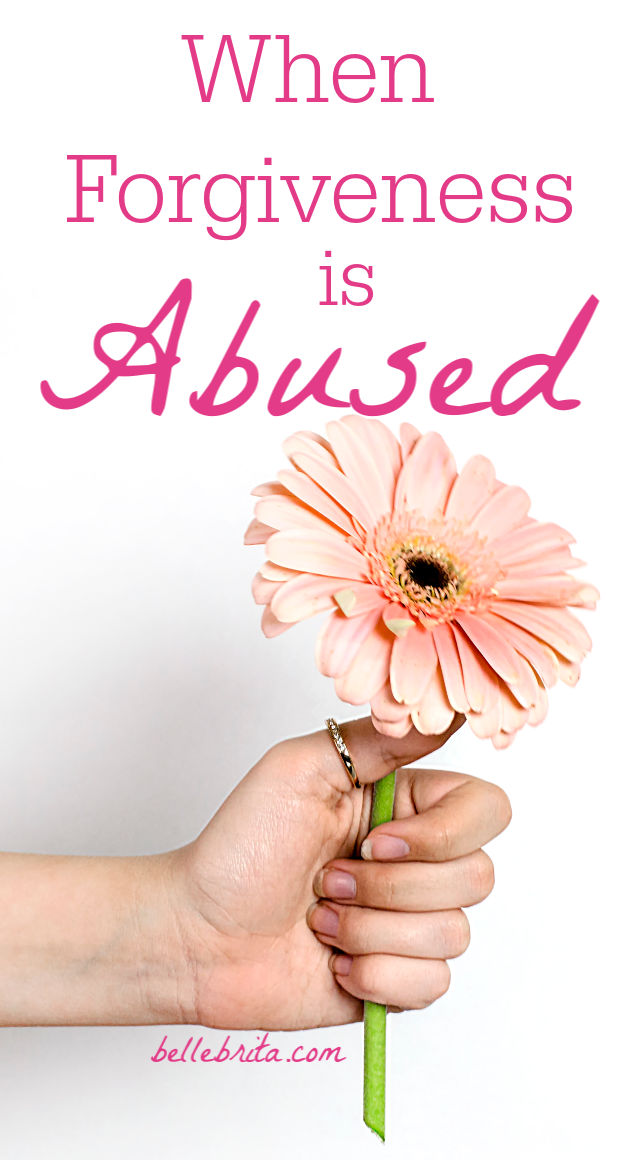 Forgiveness is a choice, sometimes a choice that you need to make over and over, even for the same wrongdoing. It’s also a process, not something that happens immediately.

Choosing to forgive someone is partly about them, but it’s also about you. It’s about letting go of ongoing negative feelings like bitterness or resentment or anger. It might take time to work through your negative feelings, but forgiveness involves the deliberate choice to do this.

Similar to the process of grief, we lack control over whether or not an area of forgiveness will come up again. It is common for the pain, emotions, memories, heartache or grief to bubble back up. There’s nothing wrong with that. Yet you can choose to continue to “walk in forgiveness,” sorting through those emotions/thoughts/feelings as they come with the backdrop that you will continue to be forgiving.

The specific process of forgiveness not only varies from person to person, but from situation to situation. How you forgive a spouse for a minor transgression will look quite different from how you forgive a friend for a major betrayal.

What is related to forgiveness?

Forgiveness can involve multiple steps between both the oppressor and the oppressed. However, forgiveness does not require any of these actions. The following definitions all come from Merriam-Webster.

Apology: an admission of error or discourtesy accompanied by an expression of regret

Repentance: the action or process of repenting especially for misdeeds or moral shortcomings; to repent is to turn from sin and dedicate oneself to the amendment of one’s life

Reconciliation: the action of reconciling; the state of being reconciled; to reconcile is to restore to friendship or harmony

While it might be easier to forgive someone who apologizes and repents for their actions, you can forgive them regardless. Even when someone does apologize and repent, you are not required to reconcile with them.

Forgiveness is complicated. It can be challenging and emotional. It can feel impossible, even if you’re a person of faith and praying fervently for help with forgiveness.

And this is where my family got in wrong when they pressured me to “forgive” a relative.

I had already forgiven this relative.

But my family didn’t believe me, because they also expected me to stop talking about what this person did, to minimize and to excuse this person’s actions for certain reasons, and to trust this person not to hurt me again…

Despite the fact that this relative never apologized and never repented for their behavior.

My family expected a one-sided act of reconciliation with me doing all of the emotional labor while the person who violated my boundaries was free to keep hurting me.

That is not forgiveness.

And yet it’s no wonder my family misunderstood forgiveness.

The misuse and abuse of forgiveness

On Forgiveness and Abuse (bolded original)

Central to the Christian message of salvation is the scandalous good news that Jesus Christ sets both the oppressed and their oppressors free, that there is grace enough for them both. Christians are indeed called to forgive, even when it is costly and undeserved, and Christians are indeed called to work toward healing and reconciliation even when it is hard.

But these teachings should never be invoked to protect abusers, shame survivors, or coerce reconciliation. Yet in nearly every email I receive from survivors of abuse, (and sadly, I receive a lot), I hear stories about how hard it was for them to confront and address the abuse they suffered because they were told that doing so wasn’t Christlike.

How Forgiveness Has Been Weaponized Against Women

There’s a pervasive misconception of forgiveness that confuses it with pardon and reconciliation—particularly when it concerns sexual abuse. If you forgive, this misguided thinking goes, you refrain from reporting an offender and maintain a relationship with that person. This confusion has created a minefield of musts for survivors: You must either forgive and stay silent or stay angry and press charges, and if you do forgive someone, you must be happy to have this person at Thanksgiving. What a toxic brew of nonsense…

Misconceptions about forgiveness have long been manipulated to re-victimize sexual assault survivors, especially in male-dominated religious communities… Rachael Denhollander, the first victim to file a complaint against Larry Nassar, says she lost the support of her Christian church after she came forward in 2016.

This weaponized forgiveness also fuels women’s participation in our own oppression. It is evident in relationships dominated by domestic violence, in which women perpetually forgive and reconcile until their deaths at the hands of violent lovers.

Clearly there’s a widespread misconception of forgiveness, with more than an undercurrent of misogyny. I’m not really surprised that a patriarchal religious tradition would include oppressive people twisting scripture to maintain existing power structures.

The beauty of forgiveness

When done in love, and of your own volition, forgiveness can be a beautiful thing. You cleanse yourself of painful and harmful emotions. When you forgive someone for hurting you, you begin your own healing process. You might still have some scars, but forgiveness heals your wounds.

We can’t force someone else into forgiveness. We also shouldn’t force ourselves into abusive situations or false reconciliation under the guise of forgiveness.

I love what Rachel Held Evans says on this.

Christians must find a way to teach radical forgiveness, undeserved grace, and restorative reconciliation without perpetuating and excusing bullying and abuse.

I read some really great blog posts on forgiveness to help me write my own. In addition to what I quoted above, I also referenced the following.

What forgiveness is and what it isn’t

Forgiveness: What it Is–What it Isn’t

Forgiveness as a Weapon 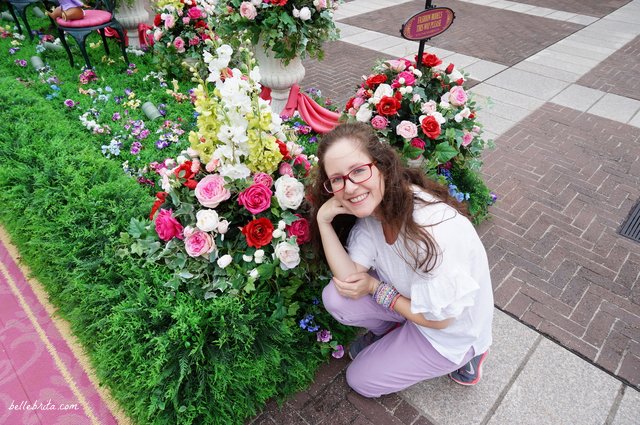 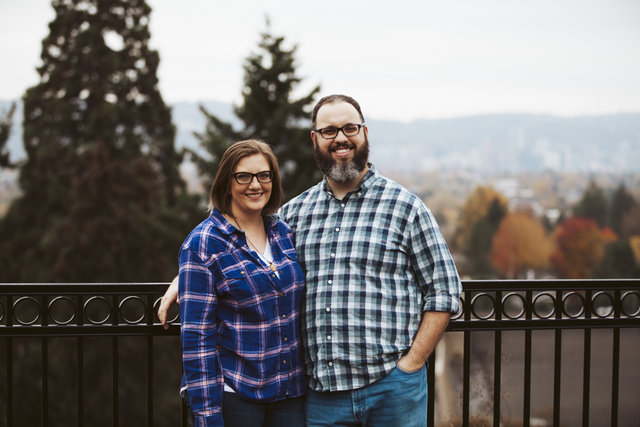 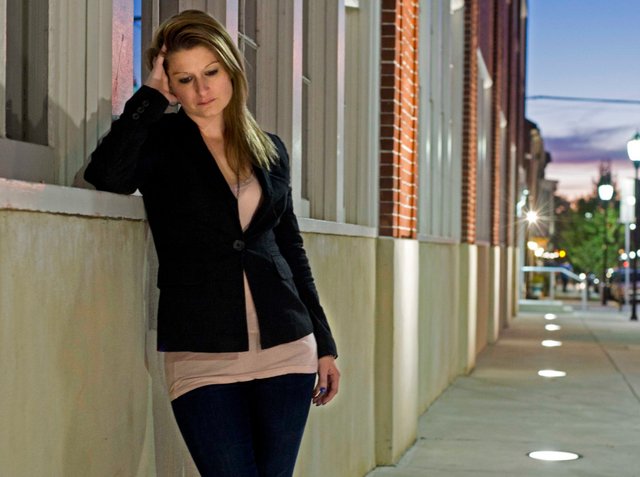 Laura is a big dreamer, full time marketing manager, blogger, and part-time artist. Like many of us, she spent part of her life struggling with frustrations on a daily basis and just all around felt drained and uninspired… that was her. She decided to change all that one morning. Now Laura lives in the blogging world because she believes the buzz about self-care and self-love needs to be heard. She aspires to inspire people in their everyday lives and help them to live towards their dreams and making the most out of every day by sharing her own experiences and stories.

Well, this post did not go in the direction I intended. At all. But it felt very real to me, and the words were easy to write.

On March 10, 2022, I received an unexpected email from LinkedIn. Normally Gmail sorts these into … END_OF_DOCUMENT_TOKEN_TO_BE_REPLACED

You are so gorgeous. The words hit me quickly, quietly. Panic rose up in my throat even as I … END_OF_DOCUMENT_TOKEN_TO_BE_REPLACED

On the morning of December 2, 2021, Dan and I arrived at Northside Hospital around 5:20am. The … END_OF_DOCUMENT_TOKEN_TO_BE_REPLACED