My husband and I both read Ready Player One this summer. Last week, we finally watched the film adaptation. Based on how quickly we both devoured the book, and how often we paused the movie to whine, it’s fair to say we both have strong opinions. Together we’ve written this Ready Player One review of both the book and the movie.

This review of Ready Player One has all the spoilers. You’ve been warned. 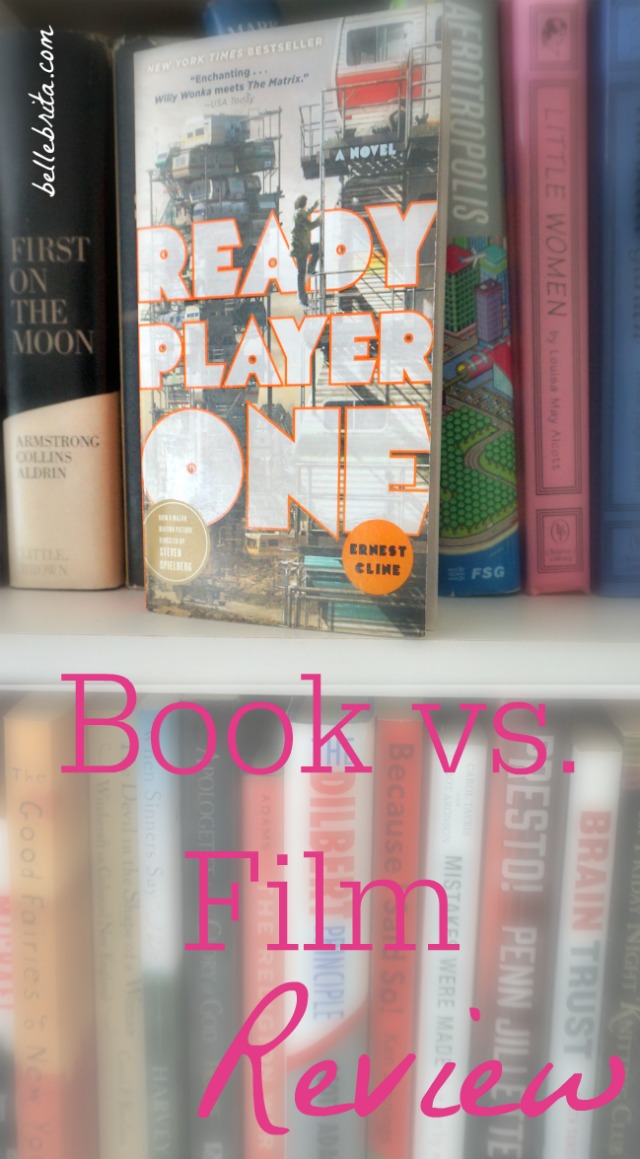 In the year 2045, reality is an ugly place. The only time teenage Wade Watts really feels alive is when he’s jacked into the virtual utopia known as the OASIS. Wade’s devoted his life to studying the puzzles hidden within this world’s digital confines—puzzles that are based on their creator’s obsession with the pop culture of decades past and that promise massive power and fortune to whoever can unlock them.

But when Wade stumbles upon the first clue, he finds himself beset by players willing to kill to take this ultimate prize. The race is on, and if Wade’s going to survive, he’ll have to win—and confront the real world he’s always been so desperate to escape.

All criticisms aside–of which Dan and I have many–Ready Player One is fun. It’s a quick and easy book to read, with an engaging plot and likable characters. You don’t even need to be a fan of the science fiction or dystopian fiction genres to like this book.

The world-building of the Oasis is one of the best parts of Ready Player One. The Oasis feels almost realistic, a solid technological interpretation of what the future could hold. Vivid descriptions make it easy to visualize the different worlds and the action sequences.

As a work of science fiction, Ready Player One is an interesting intermediate point between the present and science fiction like The Matrix. It’s set in the near-distant future, not so far off that none of us would live to see it. It’s also interesting to think that maybe in the Matrix, humans weren’t enslaved, but rather we voluntarily chose to live within a virtual world.

Dan appreciated all the nerdy video game history. It reflected what his life was like growing up as it was all the stuff he and his friends were interested in.

Dan also really liked Wade as a character, but he admits that as a straight, white male nerd, it was easy for him to identify with Wade.

We both find it interesting that Aech turned out to be a black lesbian nerd.

Personally I have mixed feelings on how Cline did this reveal. Wade is briefly shocked and betrayed by learning Aech’s true identity, but then accepts her immediately.

But there’s no emotional depth to Aech explaining a legitimate fear of discrimination as her reason for choosing a white male avatar. Wade’s inner response is completely self-centered and oblivious.

“We’d known each other for years, in the most intimate way possible. We’d connected on a purely mental level. I understood her, trusted her, and loved her as a dear friend. None of that had changed, or could be changed by anything as inconsequential as her gender, or skin color, or sexual orientation.”

I think Aech’s identity and her friendship with Wade is supposed to be an example of diversity in nerd culture. But it feels more like tokenism. Also, this physical description is so cringe-worthy.

A heavyset African American girl sat in the RV’s driver seat, clutching the wheel tightly and staring straight ahead. She was about my age, with short, kinky hair and chocolate-covered skin that appeared iridescent in the soft glow of the dashboard indicators. She was wearing a vintage Rush 2112 concert T-shirt, and the numbers were warped around her large bosom.

Pro tip: don’t use food descriptions for skin color. Also, I think Cline is trying to describe Aech in a non-sexual way, but “bosom”?! Really?! Just use the word “chest”!

Anyway. I do like Aech’s character, and I like the idea of her friendship with Wade being based on mutual interests and conversation. The whole thing is just clumsily constructed.

Artemis’s character is another overall disappointment, even though I like her too. How many tropes does she fulfill?

One, if there’s one (straight) girl in a group of guys, then she has to end up romantically involved with someone. For most of the book, the reader assumes the High Five is four guys and Artemis. Clearly Artemis has to end up with one of them.

Three, Artemis is basically a prize to be won. Wade makes a noble gesture, wins the contest, and wins the girl.

Like I said, I still like Artemis as a character, probably because I relate to her as a blogger! But she’s still pretty two-dimensional and largely portrayed as just Wade’s love interest.

While I know I just ragged on Wade’s two closest friends as characters, I still love the ongoing theme of friendship in this book, particularly the value of friends you only know virtually. Yes, one of the book’s messages is the importance of spending time in the real world, but that doesn’t take away from the connections initially formed virtually.

Dan has a specific criticism about the setting, based on his knowledge of the energy industry. It’s a little unrealistic to imagine an energy crisis within the next 30 years, especially an energy crisis that didn’t appear to have much effect on the world other than disabling cars.

Honest Trailers made a good point that the book criticizes IOI for wanting to make money while Gregarious Games is making money selling what’s essentially a pay-to-win game. If you don’t have money, you can’t do anything to level up your avatar. While Gregarious Games does provide free virtual schools, it’s otherwise an entirely for-profit company. It’s one of those “bad if you do it, good if I do it” hypocrisies. 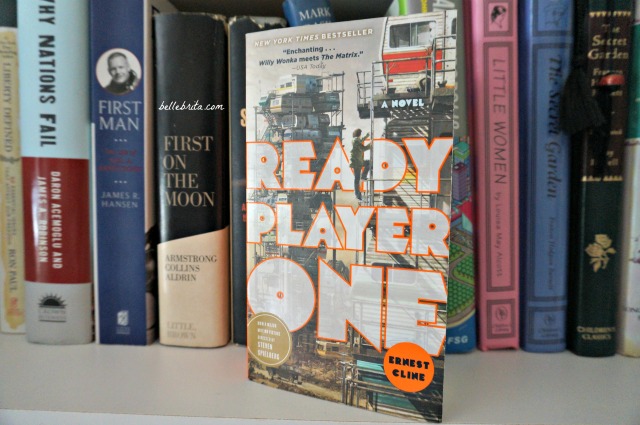 First of all, I’m glad I watched this movie with Dan, and only with Dan. My insistence of talking throughout pretty much the entire movie probably would have annoyed anyone else. Of course, Dan had just as much commentary as I did.

I will say, the clunky exposition of the novel suits itself better in film. Instead of awkward paragraphs describing nerdy details, the viewer can just see all the nerdy things on the screen.

The movie was enjoyable and exciting. We’ll both give it that. However, we’re utterly confused as to why they made some of the changes they did. It’s one of the least faithful movie adaptations of a book either of us has ever seen.

The energy crisis was barely addressed. Did they even explain the Stacks? It might have been a throwaway remark at the very beginning, but any explanation was brief and forgettable.

The movie completely skipped over Wade’s school, which is actually an important plot point in the book. In fact, the entire puzzle for the three keys and three gates changed. While these changes weren’t that big of a deal (although mostly unnecessary), I really disliked the change for the final gate. The teamwork aspect of opening the gate adds to the theme of friendship.

Another change also lessened the theme of friendship, particularly the value of friendships formed online. All five top players just happened to live in the same city… really? It was better when all the main characters lived all over the world.

What happened to all the awesome 80s nostalgia? It seemed to be replaced with 90s nostalgia–not that Dan minded much, as a child of the 90s, which is probably the target audience.

All the little nerdy nods and cameos were cool. Dan definitely caught more of them than I did.

Call me a softy, but I’m glad the movie didn’t kill off Daito. I also like Sho being an 11-year-old kid.

The action sequences were all pretty exciting. While I wish the car race didn’t replace the first key quest, it was an excellent action scene.

Like the book, Ready Player One is a fun movie. Definitely worth renting, even if you choose not to read the book first.

Have you read or seen Ready Player One? What did you think?

It's the last month of the No Buy Style Challenge! This has been a fun fashion blogging … END_OF_DOCUMENT_TOKEN_TO_BE_REPLACED

Like I mentioned last week, I've been reading a lot of fairy tale retellings lately. This is one of … END_OF_DOCUMENT_TOKEN_TO_BE_REPLACED