Over the past several years, I have allowed many bloggers (and a handful of writers representing businesses) to write guest posts for Belle Brita. I am more than willing to use my platform to promote other bloggers as long as their values align with my own, even if our opinions differ.

The downside to my open platform is that I now receive constant cold pitches for guest posts on my blog, and honestly, most of them are spammy. The pitch for this guest post was different.

And this guest blog post itself is different because it’s anonymous. It’s also an example of someone who holds values similar to my own, even if our opinions differ. Furthermore, I think that she speaks to people whose values are NOT my own, which is why it’s important for me to publish this guest post. 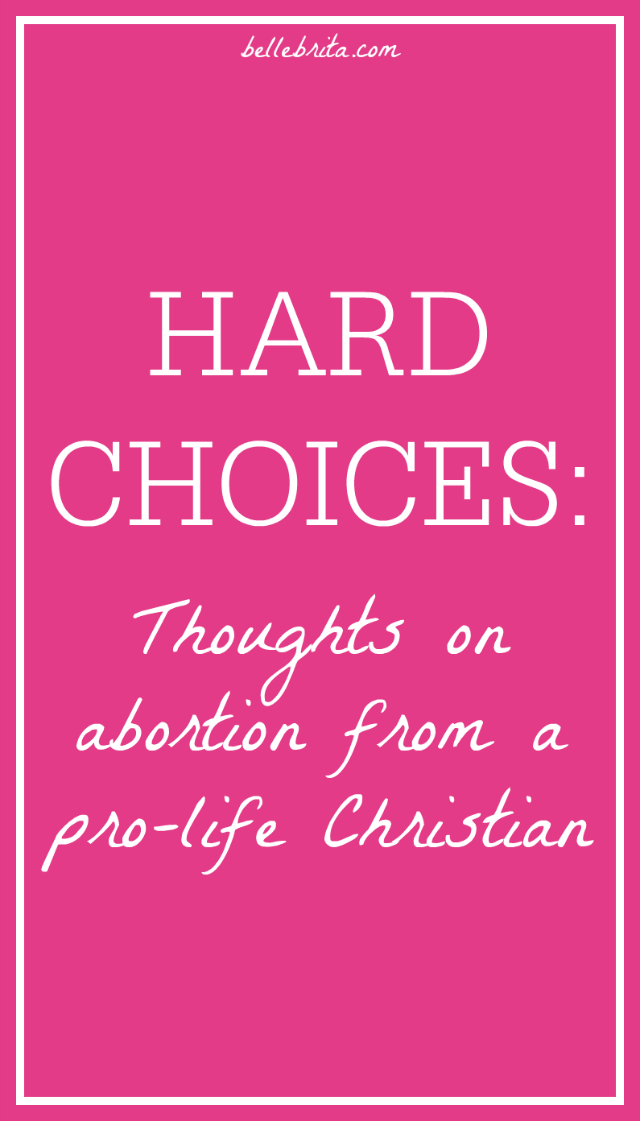 Editor’s Note: I have made a few minor edits for readability and for clarity. There is another note on my choice not to edit certain things at the end of the guest post.

I originally wrote this post for my own blog in November 2016, a day or two after Donald Trump won the US presidential election. It’s been sitting in my drafts folder ever since because I’m not quite ready to make these opinions known to the many people whom I love and whom I believe might not accept me anymore after reading this. Thank you to Brita for allowing me to make my feelings heard anonymously.

So many people I know voted for Trump because “pro-life.”

Okay look, I’m pro-life. I very much believe that unborn babies deserve the right to life and that killing them is wrong. But I do *gasp* see another side to it. And I also don’t think the president or any one person can change our laws surrounding abortion at this point.

Now before you go off on our immigration laws and how we enforce them, I hear you. I agree that we could maybe use some stricter enforcement.

I’ve always been baffled by the term “illegal immigrant.” From when I was a child, I always wondered why we had so many illegal immigrants in this country and why the word “illegal” seemed to have a different meaning in this context. If they’re here illegally, why don’t people care? Why aren’t we doing something about it? And how did they get here in the first place? (Yes, I know it’s so much more complicated than this. Just sharing my childhood thoughts to make a point).

But the truth is, not all Muslims are terrorists. Not all Mexicans are rapists and drug dealers. We cannot keep people out of our “great” country just because of their religion or nationality or the color of their skin. And additionally, my government shouldn’t be imposing my religious beliefs on other people and keeping them from marrying whomever they love.

But let’s get back to the pro-life issue for a minute. Do you know how many orphans there are in the USA waiting to be adopted?

Brace yourself… Over 100K (sources here and here).

I understand that sometimes a mother may need to make the difficult decision to abort her baby. The innocent child will be in a better place and never will have to face the troubles of this world. 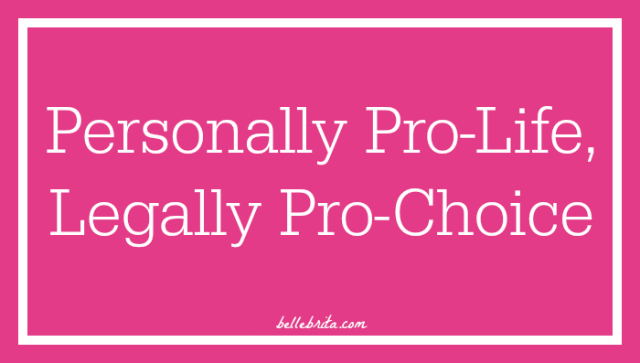 Think about all the troubles you’ve faced in this world.

Now imagine how those troubles would multiply if your mother put you up for adoption in the US. If you were one of the 100,000+ waiting for a home right now and you eventually aged out of the system, never having had a loving family to call your own.

And yet, we have all these (mostly white, middle class) Christians shouting “pro-life” from their perfect little houses in the suburbs with respectable yards for their 2.5 biological children to play in.

But at the same time, we have to see the whole picture. We have to love everyone.

So, please. Go adopt a child. Maybe even a child who doesn’t look like you. Or at least support these children in any way you can. Then I will believe that you’re truly pro-life.

And for the record, my husband and I are planning to adopt once we’re in a better position to raise children. So yes, I plan to practice what I preach.

Editor’s Note: I left “illegal immigrant” unchanged to reflect the anonymous blogger’s thoughts on that term. Normally I would say “undocumented immigrant.” I also think the idea that abortion encourages irresponsible sex is a pro-life myth. (Statistics on contraception failure and abortion). Furthermore, I’ve actually read multiple firsthand stories of women mourning their miscarriages who were treated terribly by pro-life Christians. I don’t think abortion belittles the pain of miscarriages–I think insensitive and mean-spirited people do that.

GOP—I Wish You Really Were Pro-Life

Why Do Pro-Life Activists Seem Only to Care About Unborn Lives?

‘Pro-life’ must encompass more than opposition to abortion

How I Lost Faith in the “Pro-Life” Movement

The Stunning Hypocrisy of the Pro-Life Movement

Abortion is a contentious topic, so please keep all comments civil.

What are your thoughts?

On the morning of December 2, 2021, Dan and I arrived at Northside Hospital around 5:20am. The … END_OF_DOCUMENT_TOKEN_TO_BE_REPLACED

I was diagnosed with Crohn's Disease more than 25 years ago, at just 8 years old. While my parents … END_OF_DOCUMENT_TOKEN_TO_BE_REPLACED

I felt like another brain dump, so here's my second installment of Whatever Wednesday. Note: post … END_OF_DOCUMENT_TOKEN_TO_BE_REPLACED