All book links are affiliate links.

Who else celebrated Harry Potter’s birthday on Sunday?

Okay, fine, I actually failed in celebrating July 31st in all its Harry Potter glory. I completely forgot to pre-order Harry Potter and the Cursed Child, the new play that continues the original story.

I promise I’m usually a better nerd than that.

"Let your freak flag fly!" Sound advice from Terry Farrell, the actress who played Jadzia Dax in Star Trek: Deep Space Nine. Not pictured in my nerd collection is my love for Star Wars, but I do have an R2-D2 charm for my Pandora bracelet. Share your own fictional loves with #LoveBlog! #LaBelleBlog

But I have prepared all summer to read Harry Potter and the Cursed Child. How? By rereading the entire Harry Potter series.

I lost count many years ago of how many times I’ve read each Harry Potter book.

My journey began on Christmas Eve of 1999, when my aunt and uncle gifted my family with the first three Harry Potter books. I had already finished all the books I’d packed for that Denver vacation. After helping my mom set up my grandmother’s living room for Santa’s visit, I snuggled under my covers on the couch and opened the first book, Harry Potter and the Sorcerer’s Stone (SS).

One chapter in, and I was completely enthralled.

I finished all three books before we returned to South Carolina.

I read them all again over the summer in anticipation of Harry Potter and the Goblet of Fire (GoF).

I reread all the books at least each time a new one debuted, and often annually.

If you aren’t a quick reader like I am, or if you tend to read books just once, I highly recommend you make an exception for the Harry Potter series. It is one of those series well-worth at least one reread.

MILD SPOILERS AHEAD. SERIOUSLY, THE LAST BOOK WAS PUBLISHED

IN 2007–YOU SHOULD HAVE READ THESE ALREADY. 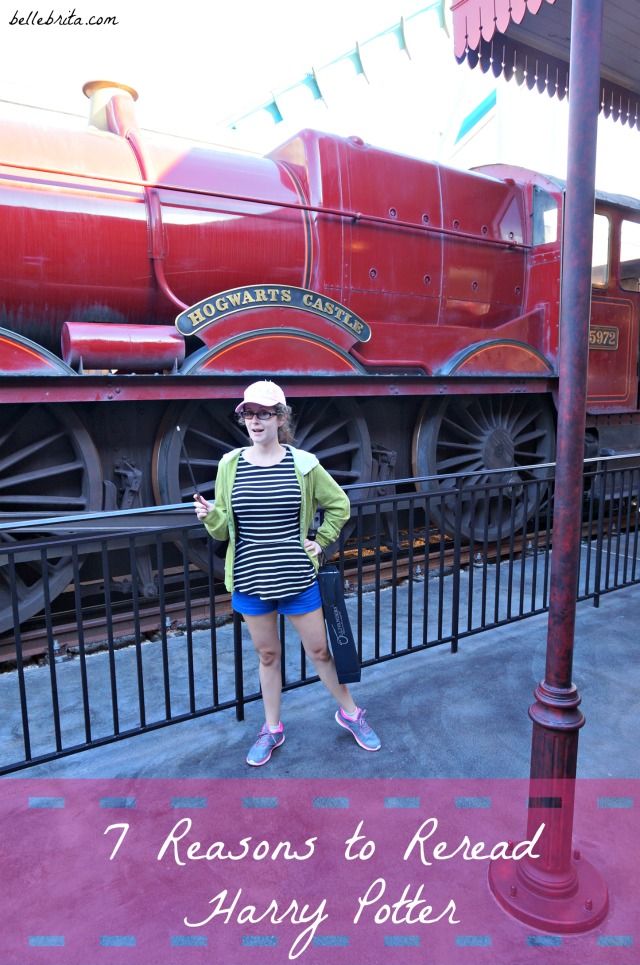 1) To prepare for the new play

2) To catch all the foreshadowing

Much of J.K. Rowling’s genius stems from her subtle use of foreshadowing.

In Harry Potter and the Chamber of Secrets (CoS), the destruction of Tom Riddle’s diary is particularly violent.

In Harry Potter and the Prisoner of Azkaban (PoA), Pettigrew owes a life debt to Harry.

In GoF, Dumbledore refers to a room of chamber pots that only appears when you have an especially full bladder.

In Harry Potter and the Order of the Phoenix (OotP), Harry and his friends find an ornate locket that won’t open.

If you’ve read all the books, then you’ll understand how all of those little details are actually examples of foreshadowing. Honestly, there are so many more examples I could list, but I limited myself to one per book.

There’s just something about the Harry Potter books that takes me back to my adolescence. I usually reread them in the summer, just like I did leading up to the new book releases as a teenager. Each book begins and ends in the summer as well. Part of me just feels lighter and more carefree when reading Harry Potter, like I’m a teenager again.

I honestly hope this one applies in a different way to you than it has for me.

I was in the middle of rereading all of Harry Potter when my mother died. These last few months, I reread them all again, finishing shortly after the one-year anniversary of her death.

A lot of people die in the Harry Potter series.

I resonated so much more with Harry’s emotions as he lost his mentors, his parental figures. Now that I’ve experienced the loss of a parent, I feel like I better understand Harry’s character.

I started rereading the first Harry Potter book last night, and I'm dreaming of pool days on a fabulous float, so this photo from @kalynlouise23 is too perfect. She used my hashtag #LaBelleBlog to share it with me! On the blog today I'm sharing more of my favorite posts from my hashtag. Link is in bio, so check it out and tell me what you think! Do you reread books too? Why or why not? #HarryPotterForever

5) To discover differences in editing

For most of my life, I have only read first-edition copies of the Harry Potter series. But Dan and I registered for the box set of hardcover Harry Potter books when we got married. They’re a newer edition.

Holy shit, so much changes. Or at least, when you’re as obsessed with the series as I am, you notice the tiny changes.

Who else remembers the wand order error in GoF? Yeah, that gets fixed.

Who else remembers Malfoy docking points in OotP, and Ernie saying that prefects can’t take points… Except that Percy had taken points in CoS? Yeah, that gets fixed too.

Especially if you read the Harry Potter series when you were relatively young, you might not have picked up on all the literary references. Seriously, J.K. Rowling is a genius.

The Christian allegory is fairly obvious, but not until DH.

Many spells have Latin roots.

Many of the mythical creatures come from Greek myths, including the hippogriff, the phoenix, and Fluffy.

Not to mention all the clever words. Knockturn Alley = Nocturnally. Diagon Alley = Diagonally. Beauxbatons = Attractive sticks, not that far off from magic wands.

I highly recommend this essay for more reading.

Harry Potter and the Enchantments of Literature

Sareeta wrote a great essay on just some of the feminism within Harry Potter. I think what I love most about the feminism is the diversity of female characters. The books might center around Harry, but he’s surrounded by an incredible group of supporting women. No two women are very alike; even the Patil twins are in separate houses!

As I commented on Sareeta’s post, J.K. Rowling has also given us two of the greatest female villains: Bellatrix Lestrange and Dolores Umbridge. Part of feminist literature and media is recognizing that women can be just as evil as men. 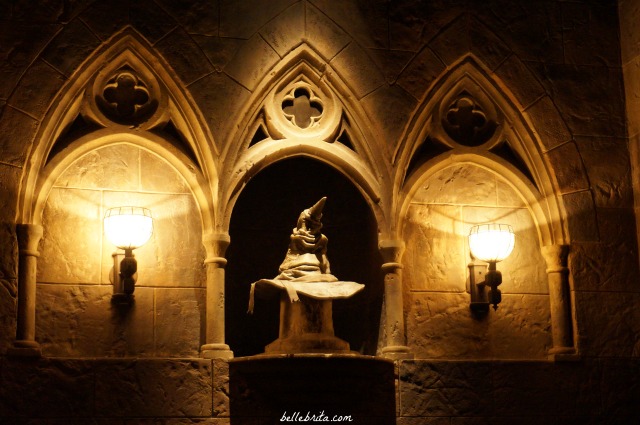 These are just a few good reasons to reread the Harry Potter series.

No one needs a reason to reread Harry Potter other than a love for the saga!

How do you feel about the Harry Potter series? Are you a huge fan, a casual fan, or someone who obviously can’t be my friend because you aren’t a fan at all?

It's the last month of the No Buy Style Challenge! This has been a fun fashion blogging … END_OF_DOCUMENT_TOKEN_TO_BE_REPLACED

Like I mentioned last week, I've been reading a lot of fairy tale retellings lately. This is one of … END_OF_DOCUMENT_TOKEN_TO_BE_REPLACED