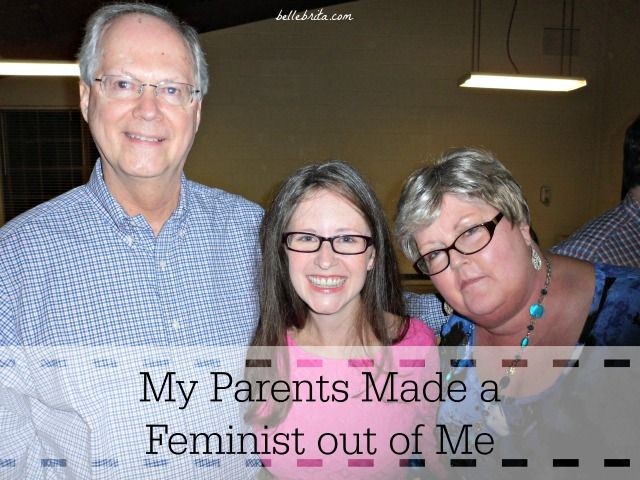 I’ve been a feminist for as long as I can remember. I became a feminist at such a young age that I didn’t even know what a feminist was. I didn’t know there were adults out there who understood how I felt, adults who agreed with me, adults who had paved the way for me to notice gender inequality at a young age.

I realize this sounds dubious. But little kids notice their environment and react to it, even if they can’t yet articulate what they’re feeling inside. And when you have a twin brother, you notice when people treat you differently, especially since my parents did their best to raise us equally.

In no particular order, these are the things I noticed between second and fifth grade. (I’m choosing to start with the second grade because that was my first year attending school in South Carolina; my family moved during the summer).

So I think you can see how the feminist seed was planted early on. I noticed and disliked the limited number of biographies that featured women. I noticed our nation’s lack of women in politics, so I decided to change that myself. My favorite books featured strong female characters. I thought the two women I most admired in my church (“Miss” Jane and “Miss” Lucy) deserved the same sort of leadership roles their husbands held as elders.

Did I know how to articulate this as a desire for gender equality?

Did I have any idea that my thoughts and observations were unusual in American society, especially for my age?

I thought that people who believed I couldn’t or shouldn’t do something because I was a girl were either stupid, uninformed, or old-fashioned (like my grandmother).

Oh, hey, I still think that!

So why am I feminist? My parents are an example that we’ve achieved it, right? Gender equality in parenting, woohoo! Yeah, my parents did an AWESOME job raising us. I truly believed I could grow up to be whatever I wanted as long as I was willing to work hard for it.

But what about all those other influences?

My school, with its piddling selection of biographies on strong women.

My former church, which continues to bar women from ordained positions (although women now outnumber men in the diaconate).

Washington, D.C., with its line of male presidents and its tiny number of women in Congress.

This is why I’m a feminist. Because consciously or subconsciously, we impose gender roles on children from a young age. (Seriously, check out Sexist Babies on Tumblr). Because children should have the freedom to be themselves, whatever that may be, without feeling pressure to “be a man” or “act like a lady.” Because children need to see both men and women in a variety of roles, from teachers to politicians, from nurses to attorneys, from parents to ministers. Because children want to see people like themselves in books and on TV.

I want a better world for my future nieces and nephews, daughters and sons.

This is why I’m a feminist.

On the morning of December 2, 2021, Dan and I arrived at Northside Hospital around 5:20am. The … END_OF_DOCUMENT_TOKEN_TO_BE_REPLACED

I was diagnosed with Crohn's Disease more than 25 years ago, at just 8 years old. While my parents … END_OF_DOCUMENT_TOKEN_TO_BE_REPLACED

I felt like another brain dump, so here's my second installment of Whatever Wednesday. Note: post … END_OF_DOCUMENT_TOKEN_TO_BE_REPLACED