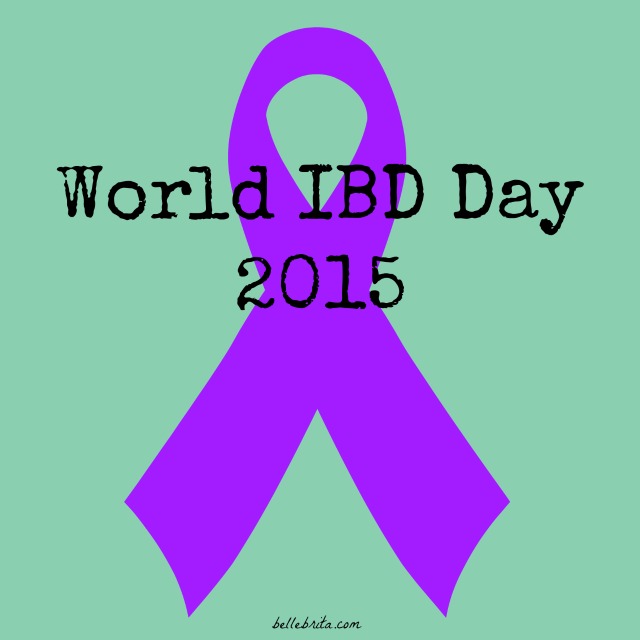 If you’re new to my blog, you might not realize I have Crohn’s Disease. Crohn’s is one of two types of IBDs (Inflammatory Bowel Disease). The other is Ulcerative Colitis, which my mother-in-law has.

I was diagnosed with Crohn’s when I was 8. I have yet to meet anyone diagnosed as young as I was.

I’ve had my ups and downs with the disease over the years, including dropping to 77 pounds when I was 15 and spending a few days in the hospital in January 2010. Lately, my Crohn’s has been more down than up.

Last week I had my colonoscopy and my MRE (Magnetic Resonance Enterography) to figure out why I’ve struggled with weight loss and suffered so much abdominal pain over the last nine months or so.

I have to be honest. While I won’t know the full results until my follow-up appointment this Friday, the initial results were bad.

My intestine was red and inflamed. While my gastroenterologist described my Crohn’s as only “moderate,” his initial suggestion for new treatment is usually reserved for severe cases.

While I plan on discussing other medical alternatives on Friday, I will most likely need to choose between Humira and Remicaid. Taking Humira would involve giving myself painful injections every two weeks. The upside would be the freedom to take the drugs at home. Taking Remicaid would involve going to the hospital every six weeks to spend a few hours hooked up to an IV for an infusion.

I’m not exactly thrilled by either option.

Of course, one of the medical alternatives I plan on discussing could prove interesting. Georgia recently passed a law permitting the use of cannabis oil for certain medical conditions, including Crohn’s Disease. While some studies suggest it might help with the inflammation itself, at the very least it could help with my stomach discomfort and low appetite.

Regardless of what treatments I end up taking right now, Crohn’s is a lifelong journey. Both Crohn’s and Colitis are incurable diseases, but most of us can manage them with medication.

For this year’s World IBD Day, I ask you to have a bit more patience and kindness for the people in your life suffering from IBD. No, we’re being boring or anti-social when we say we’re too tired to go out. No, we’re not lying when we say we’re in pain and can’t help with chores. You might not like sitting at the restaurant table alone for 15 minutes while our bowels explode in the public restroom, but trust me, it’s worse for us.

Please remember that just because we “don’t look sick” nor do we complain constantly about discomfort or pain, that doesn’t mean we use Crohn’s as a crutch. All of us do the best we can to live normal lives, but when you have a chronic illness, normal looks just a little bit different.

For more firsthand stories of life with an IBD, check out the following blogs.

I co-moderate the Tumblr blog Crohn’s Sucks with my friends Stewart and Nicole.

Rebecca has written about her diagnosis of Crohn’s Disease.

Kristyn has written about her marriage to someone with Ulcerative Colitis.

Do you or a loved one have IBD? How has that affected your life? Are you doing anything for World IBD? Share your experiences in the comments!

Reading has always been my favorite hobby. Ever since the pandemic started in 2020, I've leaned into … END_OF_DOCUMENT_TOKEN_TO_BE_REPLACED

On March 10, 2022, I received an unexpected email from LinkedIn. Normally Gmail sorts these into … END_OF_DOCUMENT_TOKEN_TO_BE_REPLACED

You are so gorgeous. The words hit me quickly, quietly. Panic rose up in my throat even as I … END_OF_DOCUMENT_TOKEN_TO_BE_REPLACED