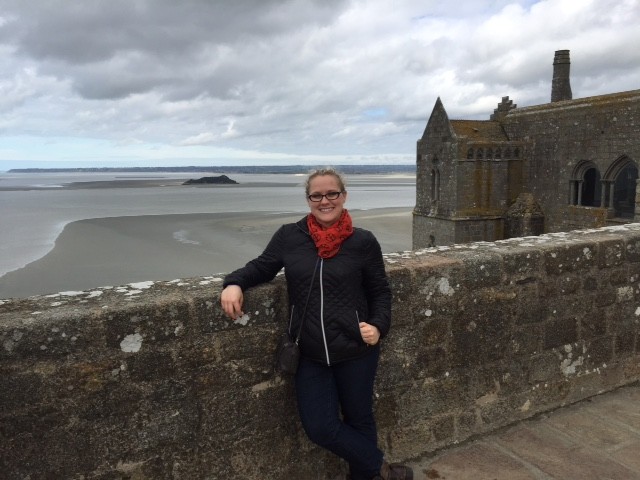 My dad’s nickname for me is Roots.

It comes from my oldest cousin who used to call me “cute” but as he couldn’t say his “c” sound, his “cute” became “toot.” So I was “toots” for awhile, until my dad eventually adapted it to Roots.

I used to hate everything about my roots.

Because you see, I used to want to be French.

I used to want to speak flawless French, spend my summers on the beaches of the Mediterranean, eat baguettes for breakfast, and sip cafes on the restaurant terraces of Paris.

I used to want to fly my French flag, present my French passport, and have a French husband and bilingual children.

I used to want to belong to a country who believed in accessible, affordable healthcare and education for all its citizens; a country who took religion out of government; a country known for its rich history, culture, and cuisine.

I used to want dark, silky straight hair, a tall, slim, perfect body, and wear just the right amount of makeup with the most put together outfit.

But the longer I lived in France, the more I began to realize that France has its flaws, too.

And the longer I spent in France, the more I was able to see a newer, clearer me and the more I came to appreciate my roots.

I came to learn to appreciate me, and all the quirks that come with me.

I began to appreciate my American-ness, from the foods I eat, the beverages I consume, the films I watch and the music I listen to.

I still love France. I still want to be in France.

But I love my roots just as much.

Even 25 years later, I think the name still sticks.

This is why Dana and I are friends. We share a love for all things French, but we’re proud Americans too.

If you want to guest-post on Belle Brita, check out my large ad for only $10. Use the code MAY to get 15% off!

100% pure, organic jojoba oil has become a staple in my daily beauty routine. I use it to remove … END_OF_DOCUMENT_TOKEN_TO_BE_REPLACED

I ended up not reviewing April's Allure Beauty Box because life got in the way. I actually opened it … END_OF_DOCUMENT_TOKEN_TO_BE_REPLACED

No Buy Style Challenge is back! In case you missed the inaugural blog collaboration, here's how it … END_OF_DOCUMENT_TOKEN_TO_BE_REPLACED