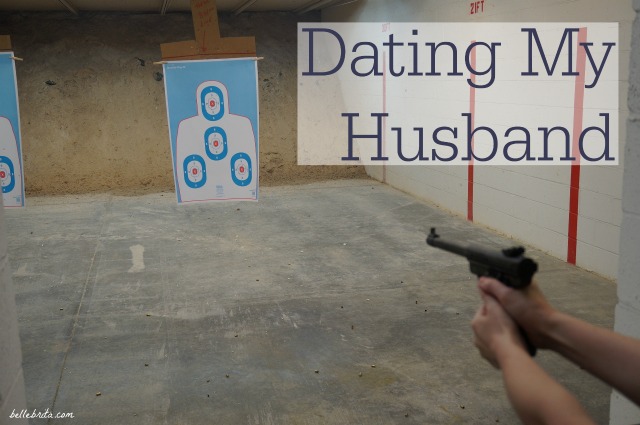 My sophomore year of college, I was a debutante at the Danse de Noel in my hometown of Greenwood, SC.

As part of our season, each family hosted a party in honor of all the debutantes. For example, my parents hosted a dance lesson for all the debutantes and our escorts so we could learn to waltz and to shag (the state dance) before our debutante ball.

You know you’re a debutante from South Carolina when one of your debutante parties is a father-daughter skeet shoot.

That was my first time shooting a gun. I was not very good at it.

Until a few weeks ago, that was also my last time shooting a gun.

I’ve mentioned before that Dan and I temporarily rented out a room from a guy in Suwanee. Our landlord Rich quickly became our good friend. He’s a really interesting guy, with a lot of hobbies, but what’s relevant to this story is his status as an NRA instructor.

Rich has been trying to get me to take his beginner’s class for ages, and last weekend, I finally acquiesced. Dan had taken the classroom portion of the beginner’s class before, but this was his first time shooting.

I’m not really sure what I was expecting. I was a little nervous, definitely, about handling a handgun. I was also worried that the classroom portion (3 hours) wouldn’t be enough time to prepare me adequately to use a gun.

It’s not so much that I thought I could actually hurt someone, or be hurt by someone, but I grew up with a very understandable caution around firearms. Not that we ever had them at home, but, again, in South Carolina, guns are just part of life.

To my embarrassment, but not my surprise, my extremely weak hands couldn’t pull the slide on the first handgun Rich picked out for me to borrow. The second gun was a little bigger, but I could pull the slide properly.

After careful classroom instruction, which included learning to handle the guns properly while they were completely unloaded (didn’t even have empty magazines in them), it was finally time to take what we learned onto the shooting range.

Each student had their own partitioned section. Rich set up our paper targets at the 15-foot mark. We all waited for his instruction. 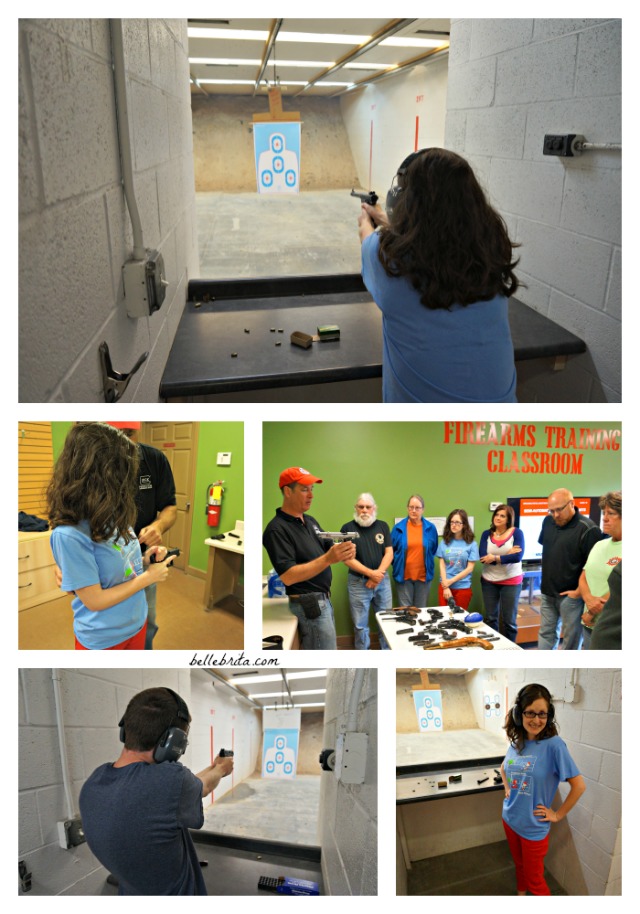 We started by loading just a single bullet into our magazines. After trying that a few times, getting accustomed to the sounds of gunshots around us, we loaded two bullets into our magazines. We gradually worked our way up to loading five bullets. At this point, we were on our own, and we didn’t have to wait for Rich to give us the step-by-step permission.

I might have finally found a sport at which I excel. 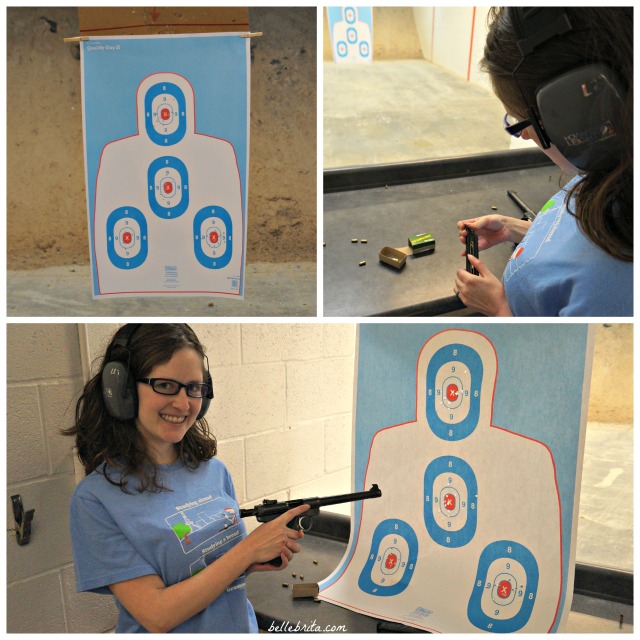 Our class was big enough that we shot in two sections, because not all of us could fit on the range at once.  Our class included total novices like me, but also men and women who showed up with their own handguns, who had been shooting for years.

And I outshot them all.

Out of my very first seven shots, five of them were a bullseye.

So Date Night (Date Morning? Date Morning/Afternoon?) at the gun range was a truly excellent idea. We had so much fun that we will be returning. Dan also shot very well, even if he wasn’t quite as accurate as I was.

If I turn pro, I will thank Rich during my victory speech. I never would have discovered my hidden talent without his insistence.

I want to hear from YOU. Married friends, how have you dated your spouse this month? Everyone: have you shot at a gun range before? Leave me a comment!

On March 10, 2022, I received an unexpected email from LinkedIn. Normally Gmail sorts these into … END_OF_DOCUMENT_TOKEN_TO_BE_REPLACED

You are so gorgeous. The words hit me quickly, quietly. Panic rose up in my throat even as I … END_OF_DOCUMENT_TOKEN_TO_BE_REPLACED

On the morning of December 2, 2021, Dan and I arrived at Northside Hospital around 5:20am. The … END_OF_DOCUMENT_TOKEN_TO_BE_REPLACED