States across America are ready to force women to live in an oppressive regime not too dissimilar from the dystopian universe of The Handmaid’s Tale. In case you missed the reference, that book is the inspiration behind my title. 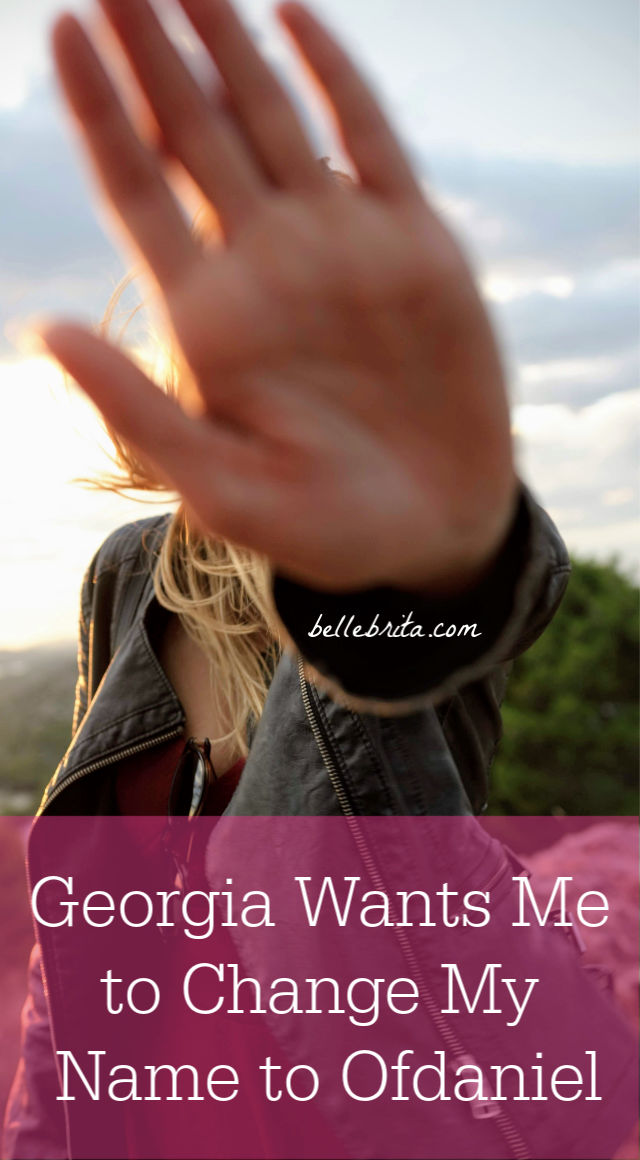 Georgia recently passed the so-called “heartbeat bill,” outlawing abortion when a “heartbeat” can be heard… Except it’s not actually a heartbeat. Let’s talk about this pseudoscience.

According to OBGYN Dr. Jen Gunter, “Fetal cardiac activity can be detected as early at six weeks from the last menstrual period.” But that’s not a heartbeat.

Dr. Saima Aftab, medical director of the Fetal Care Center at Nicklaus Children’s Hospital in Miami describes this sound as, “a little flutter in the area that will become the future heart of the baby.”

Still not a heartbeat.

“When throbbing of some tissue begins, it’s not a heart,” said Dr. Sara Imershein, an OBGYN in Falls Church, Virginia. “Really, we call it an embryo until about nine weeks from last menstrual period.”

So why are legislators calling these abortion bans “heartbeat” bills?

But hey, I’m willing to take anti-choice voters seriously. Maybe they genuinely think a berry-sized embryo is equal in value to a newborn baby. So I’ve done some research on who gets abortions and why. With that information, I’ve put together some ways that Georgia (and other states) can actually reduce abortion rates.

How to Reduce Abortion Rates

How to Prevent Unintended Pregnancies

Multiple studies indicate that unintended pregnancies drop with increased access to contraception, particularly long-acting reversible contraceptive (LARC) devices like IUDs and implants. Under the ACA, health insurance companies must cover all forms of contraception without requiring a co-pay. This has led to a statistically-significant increase in women choosing LARC devices as their primary method of contraception.

Learn more about different types of contraception and their typical-use failure rates from the CDC.

However, without health insurance, the most effective forms of contraception are cost-prohibitive. 12.9% of Georgia residents are uninsured. About 240,000 Georgians are stuck in the “coverage gap,” meaning they don’t qualify for Medicaid nor do they qualify for subsidies to buy insurance through the Marketplace. Georgia should remedy this by expanding Medicaid coverage.

How to Support Low-Income Families

Even the most effective forms of contraception don’t have a 0% failure rate. This means some individuals will still have unintended pregnancies. Is it possible to convince them to keep their pregnancies?

According to the Guttmacher Institute, in 2014, about 75% of abortion patients nationwide were poor or low-income. These are the three most common reasons given for abortion—each cited by three-fourths of patients:

All of these reasons have one thing in common: a lack of outside support for the pregnant person.

It takes a village to raise a child. People who choose abortion are often missing that village. How can we be that village? How can we support struggling parents and pregnant people and convince them to continue their pregnancies?

There are concrete steps that individual Georgia citizens, Georgia businesses, and Georgia’s legislature can all take to support pregnant people. When individuals don’t face these barriers, they’re more likely to continue with their unintended pregnancy.

First, what can you and I do to support pregnant people and single parents? We have many options.

In the short term, let low-income parents know they’re not alone. Host a baby shower. Offer to baby-sit. Organize a meal train. Instead of selling your used nice kids’ clothes or baby furniture, donate it to a family in need.

In the long term, help parents help themselves. Volunteer to look over a resume or share interview tips. Share opportunities for continuing education. Research scholarships and grants for low-income students.

Third, how can the state of Georgia support pregnant people and single parents?

Georgia can expand eligibility requirements for the Childcare and Parent Services (CAPS) program, allowing more families to receive financial assistance for childcare. Georgia can update its zoning laws to guarantee space for affordable housing, such as multi-family dwellings.

It takes a village to raise a child, and it’s going to take a village to stop abortion. If you sincerely care about reducing abortion, then you need to step up.

It’s time for evidence-based action to reduce abortion. Prayers and anti-choice legislation don’t amount to much, except for an increase in unsafe abortions.

Every child deserves to be wanted–and every parent needs to be supported. Together, we can show Georgia families just how much we care.

The Forsyth County News has a new guest columnist!

I first published the original version of this blog post as an opinion piece for The Forsyth County News, my local paper. I would appreciate your support on the Facebook page!

I hope it’s pretty obvious (maybe not from my column) that I’m pro-choice. But I am absolutely willing to work with anyone who considers themselves to be pro-life on measures that actually reduce abortion.

Reading has always been my favorite hobby. Ever since the pandemic started in 2020, I've leaned into … END_OF_DOCUMENT_TOKEN_TO_BE_REPLACED

On March 10, 2022, I received an unexpected email from LinkedIn. Normally Gmail sorts these into … END_OF_DOCUMENT_TOKEN_TO_BE_REPLACED

You are so gorgeous. The words hit me quickly, quietly. Panic rose up in my throat even as I … END_OF_DOCUMENT_TOKEN_TO_BE_REPLACED