Back in June I shared 10 Reasons Why I’m a Feminist. (Although the url says 29, and it’s too late to fix that).

I’ve had an incredibly busy week, and I didn’t have time to write my intended post for today. So instead, here are 5 more reasons why I’m a feminist! 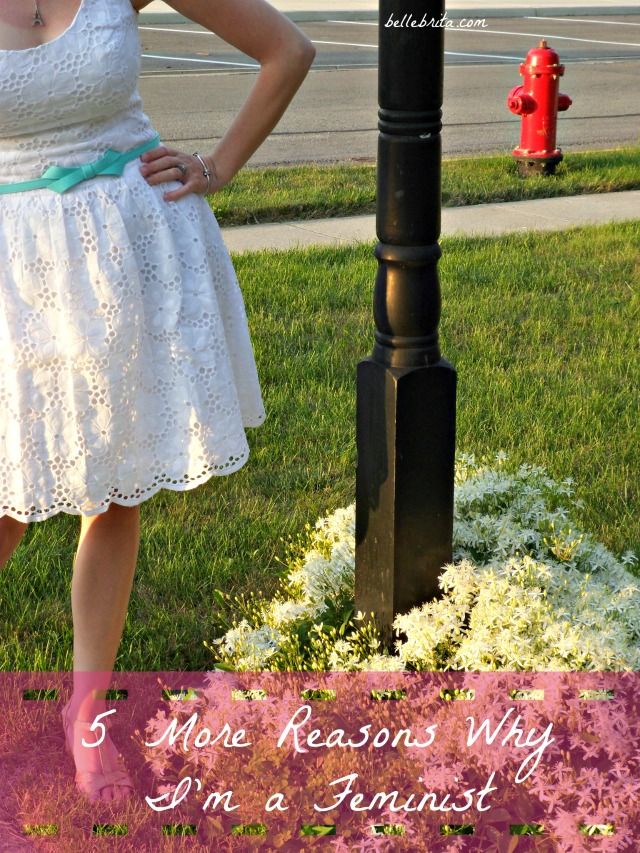 Why I’m a Feminist

I could probably list so many more reasons why I’m a feminist, but I’m tired. It’s been a long week.

Are you a feminist? Why or why not?

On March 10, 2022, I received an unexpected email from LinkedIn. Normally Gmail sorts these into … END_OF_DOCUMENT_TOKEN_TO_BE_REPLACED

You are so gorgeous. The words hit me quickly, quietly. Panic rose up in my throat even as I … END_OF_DOCUMENT_TOKEN_TO_BE_REPLACED

On the morning of December 2, 2021, Dan and I arrived at Northside Hospital around 5:20am. The … END_OF_DOCUMENT_TOKEN_TO_BE_REPLACED