According to the self-proclaimed relationship experts of the Internet, my marriage is doomed. Why? For one of the following reasons. 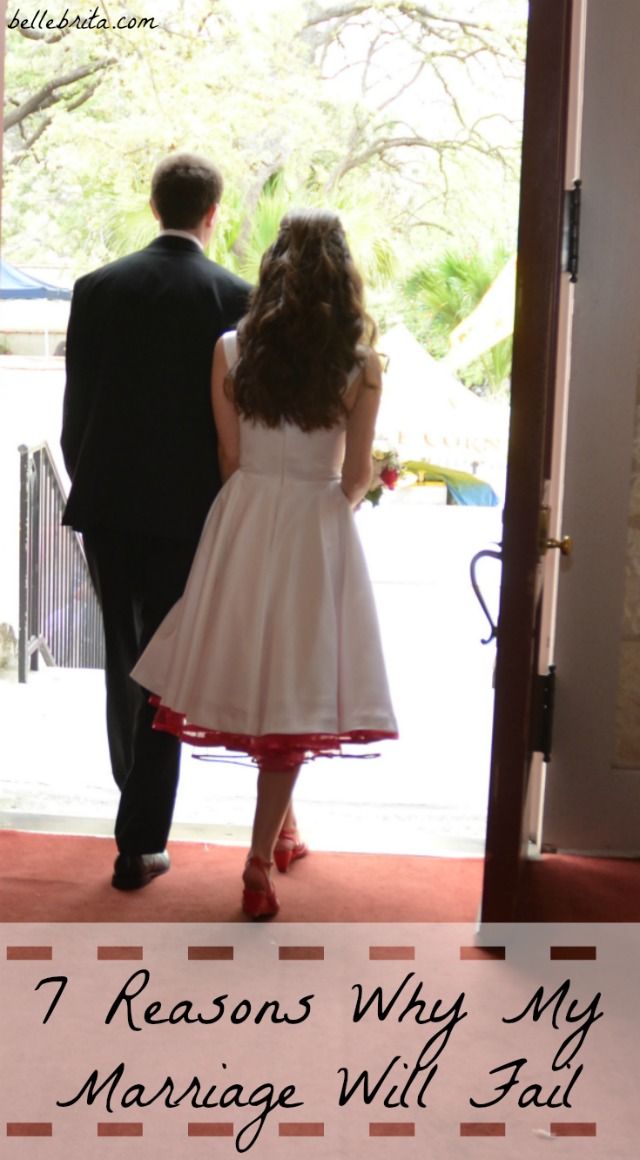 1) Dan and I met online. Apparently if you marry someone you met on a dating website, then you have not found true love and will have a higher chance of getting divorced.

2) We are not “evenly yoked.” Dan is an atheist. I am a Christian. This is a “missionary marriage” because obviously I only married Dan to convert him to my religious beliefs. How can you truly love somebody AND truly believe the Bible if you’re okay with your husband going to hell? On the other hand, how can an atheist respect your belief in fairy tales?

3) We don’t share the same last name. A woman taking her husband’s last name is proof that she’s committed to the marriage. If she keeps her last name (not her maiden name), then she’s a flake and a gold-digger and a heartless banshee who doesn’t believe in God’s design for marriage.

4) We spend time alone with members of the opposite sex. Even just a hint of impropriety according to gossips and busybodies is enough to convince your spouse to cheat on you. Let’s pretend that bisexual people don’t exist, because otherwise they could never have any friends. Letting Dan share a hotel room with a female friend of ours so he could attend an engineering conference means our marriage is doomed. Me spending the night later this week with a male friend of mine who I’ve known for 8 years and who I haven’t seen in over a year means I will suddenly forget my wedding vows and cheat on my husband.

5) Dan didn’t ask for my father’s permission to marry me. Clearly unless a man gives explicit approval in advance of an engagement, then a couple is self-centered and immature. Grown-ass women are not capable of making their own marital decisions. Besides, it’s more important to flatter your future father-in-law’s ego than it is to respect your future wife’s autonomy.

6) We didn’t live together (long) before we got married. You absolutely must live with your significant other before you get married. Choosing to live two hours apart means you’ll never discover each other’s bad habits which could become deal-breakers.

7) Sometimes I “withhold” sex from my husband. If you don’t say “yes” every single time your spouse requests sex, then your spouse will cheat on you. Also you make God cry every time you decline sex.

Obviously this is a little tongue-in-cheek. I can’t help but roll my eyes at a lot of marriage advice, especially from Christian marriage “experts.”

Why will your marriage fail? Share your thoughts in the comments section!

Y'all. It's been a minute. Or roughly 6 months. I've taken blogging breaks before. I even … END_OF_DOCUMENT_TOKEN_TO_BE_REPLACED

It's the last month of the No Buy Style Challenge! This has been a fun fashion blogging … END_OF_DOCUMENT_TOKEN_TO_BE_REPLACED