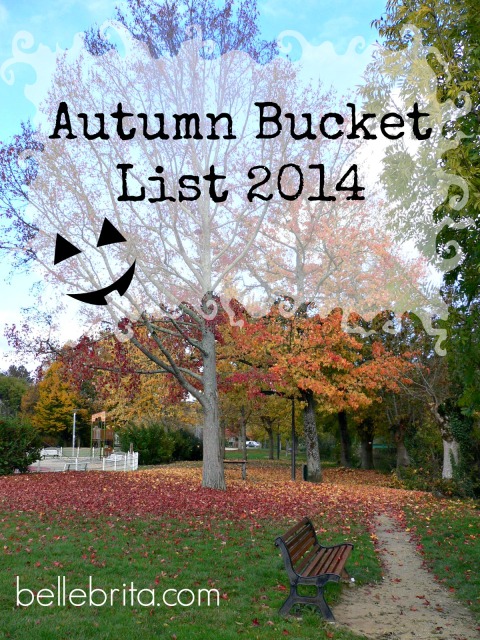 Dan and I had an amazing summer together, our first one as a married couple! But it is officially autumn, a new season for adventure. While most of my Saturdays are already booked for the next two months, I still have a few fun ideas I want to do! Autumn in Ohio doesn’t last that long, though, so I probably only have until Thanksgiving to get this all done. Wish me luck!

There are other things I’d like to do, like get a fire pit for the backyard and roast marshmallows, or go apple picking and make apple pie, but I’m trying to be realistic. I literally have something planned for every single Saturday through October. Thus I’m limiting my autumn bucket list to what can be accomplished after work or on Sundays.

I’m linking up with The Circle for Fall Faves. What I want to do this fall totally counts as my favorite things, right? So what’s on your fall bucket list?

You are so gorgeous. The words hit me quickly, quietly. Panic rose up in my throat even as I … END_OF_DOCUMENT_TOKEN_TO_BE_REPLACED

On the morning of December 2, 2021, Dan and I arrived at Northside Hospital around 5:20am. The … END_OF_DOCUMENT_TOKEN_TO_BE_REPLACED

I was diagnosed with Crohn's Disease more than 25 years ago, at just 8 years old. While my parents … END_OF_DOCUMENT_TOKEN_TO_BE_REPLACED